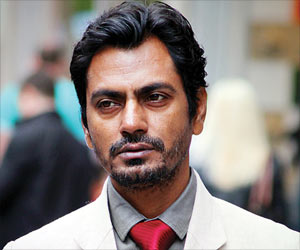 Bollywood actor Nawazuddin Siddiqui has been admitted to a suburban hospital in Mumbai on October 30 as he had severe fever.

Recently sources revealed that he has been diagnosed with dengue and he is undergoing a treatment.

According to a source, "Nawaz was rushed to hospital on October 28 when he complained of uneasiness. Various tests were conducted, but doctors had ruled out dengue and malaria. However, when his fever showed no signs of abating, they ran another round of tests on him and dengue was detected."


A source close to family said, "Fortunately, he was hospitalized at the right time and everything is under control. He is undergoing treatment although there is a bit of discomfort. We are praying for his quick recovery."

The map divides the island into neighborhood units. A unit is highlighted if there has been at least two cases of dengue in the last fortnight.
Advertisement
The number of dengue cases are on the rise in the country. This year, dengue cases have reached beyond 12,000 mark.

Dengue is a vector-borne disease. Symptoms include fever, nausea, joint pains and weakness. If untreated, patients' platelets count may drop drastically, leading to coma and death.

There have been limited outbreaks of dengue in Hawaii in the past like Pearl City in 2011 and Maui in 2001 but officials are suspicious about the recent cases.
Advertisement
<< Metabolic Disease Risk Increases With Just a Little Junk Foo...
Indian Food Composition Database May Help People Make Wise F... >>

Dengue outbreak in Karachi and Multan has also intensified. The government has directed people to take precautionary measure through anti-dengue campaign.