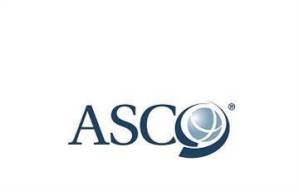 A series of genetic mutations, found by researchers at the University of Michigan Comprehensive Cancer Center, could help detect early onset of prostate cancer.

The study was presented at the American Society of Clinical Oncology annual meeting.

"This is a potential opportunity to combine PSA testing with genetic markers to determine who has significant prostate cancer. It could be a combination of age and family history that could help us determine who should be tested with PSA and a panel of genetic markers," said study author Kathleen Cooney, Frances and Victor Ginsberg Professor of Hematology/Oncology and division chief of hematology/oncology at the U-M Medical School.

The men were enrolled in the Prostate Cancer Genetics Project at U-M.

Interactive section of Medindia gives details regarding Prostate Cancer
Advertisement
Researchers also looked at 1,163 older men with prostate cancer and 2,713 men without prostate cancer.t was found that the younger men carried more of these genetic mutations.

"Early onset prostate cancer has a strong genetic component, which we saw in this study. The genetic variants we looked at here are likely not the best indicators.

Our next step is to look more widely for common genetic variants among this group of men," Cooney said.

PSA blood test is specific to prostate gland but not necessarily a cancer specific test but is commonly used ...