Board Games are Back! Chinese Web Junkies Learning to Offline 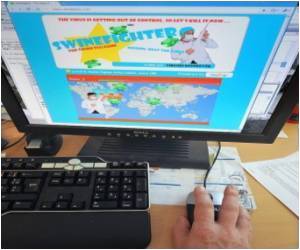 Jia Han was a web junkie who used to while away entire days in Internet cafes, but the 21-year-old university student says he has now found a healthier and more social pastime -- board games.

"You get excited when you first play online games. But you feel tired and bored after a while because you don't know the players on the other side of the screen," Jia told AFP at a board game cafe in a downtown Beijing mall.

Dating Moves Onto the Board Game Arena For Lonely Hearts

Forget singles bars and the mad dash through the speed-dating circuit: Americans in search of love now can find that special someone across a Scrabble or Monopoly board.
Advertisement

"However, if you are playing face to face with your friends, your spirits are always up," the young man said as he moderated a session of the Werewolves of Miller's Hollow, a popular group game.


Board games -- a form of old-school family entertainment in the West -- caught fire around two years ago among young Chinese looking for new hobbies, especially in big cities, where cafes have cropped up quickly.

Google will be working with giant toy company Hasbro to produce a spectacular online version of Monopoly, say reports.
Advertisement
Beijing alone is estimated to have more than 200 board game cafes -- tiny establishments often decorated with comfy couches, lines of tables and multiple shelves stocking hundreds of games to cater to every taste.

Many only charge a small entrance fee -- for just 30 yuan ($4.50), you are given 24 hours of gaming, instructions from staff and sometimes free drinks. Players say that is a welcome change from pricey pubs and karaoke parlours.

The cafes have struck a chord with China's 20-somethings -- many of whom were raised in one-child homes because of the country's population control policy and are looking to build lasting, real-life connections.

"People playing the same game often have something in common -- there is always a reason for loving a certain game," said 24-year-old Kimi Zhang, who works as a human resources executive in Beijing.

For some, the cafes have offered more than just friendship. Li Ming, a cafe operator in Beijing, said four couples had met in his shop since it opened in July 2009.

"You can perceive the way someone talks, his manner, and even the way he fidgets through playing board games," said Zhang Jing, the owner of the Empire Penguin cafe and himself a game buff.

Sociologists like Xia Xueluan of Peking University say the board games trend underscores the increasing alienation of a generation caught up in China's whirlwind social and economic transformation.

"The overall social environment has led to a trust crisis between people," Xia told AFP.

"It is against this backdrop that board games have emerged, highlighting people's desire to build real and trustworthy interpersonal relations and to develop friendship through comprehensive and face-to-face communications."

Experts say despite the current craze, board games will remain a niche market for the time being.

"You have to have a circle of friends that are able to play with you. You need a well-informed instructor to explain the rules as many games are hard to understand," said Zhao Xufeng, an analyst with iResearch in Shanghai.

"Things like these have hindered the fast expansion of the player base."

Another concern is rampant piracy, as bootleg versions of popular foreign games are often sold at less than half the list price in China, according to Zhang, who imports authorised game sets for himself and other cafe owners.

"It may deter foreign game companies from entering China," he said.

France officially opened up its online gaming market on Tuesday, granting 17 licences to 11 operators three days before the start of the soccer World Cup in South Africa.
Advertisement
Advertisement
This site uses cookies to deliver our services.By using our site, you acknowledge that you have read and understand our Cookie Policy, Privacy Policy, and our Terms of Use  Ok, Got it. Close
×