Blood Pressure in African-Americans may be Controlled by Storytelling 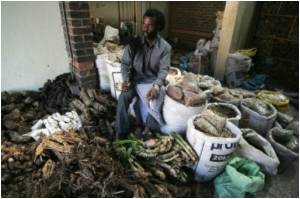 Extensive research has revealed that controlling blood pressure is not only a medical challenge, but a social one as well.

Because patients are required to strictly adhere to a treatment plan that may include medication, dietary restrictions and regular doctor visits, the ideas of wellness and health are also powerful parts of the social reinforcement needed for behavioral change.

This is especially true in the African American population, which is particularly susceptible to hypertension. Social and cultural barriers have been found to contribute to African American patients being far more likely than white patients to suffer from uncontrolled high blood pressure and resulting complications.


A new study suggests that a storytelling approachin which recognizable members of a community provide positive messages aimed at controlling hypertension through diet and medication adherencemay offer a unique opportunity to communicate positive disease management choices in a culturally appropriate context.

Top reasons why you should eat fruits to lower blood pressure and reduce the risk of heart disease. Antioxidants in fruits keep your blood pressure under control.
Advertisement
Researchers at UMass Medical School, working with colleagues at Cooper Green Mercy Hospital and the University of Alabama at Birmingham have identified one promising approach. They identified "exceptionally eloquent and persuasive" patients with hypertension from focus groups where blood pressure control and the benefits of intervention were discussed; these volunteers were then videotaped, and edited DVDs, distilled from 80 hours of taping, were created.

The study, "Stories to Improve Blood Pressure: Findings from a Culturally Sensitive Randomized Trial," appears in the Jan. 18 issue of the Annals of Internal Medicine. Researchers randomly assigned 299 African American patients with hypertension to receive either usual care or to view three videos that presented stories of real patients with hypertension. Among patients who had uncontrolled hypertension, those assigned to view the stories had better blood pressure control than those assigned to usual carethe first such study that based a health intervention for hypertensive African Americans on positive, culturally sensitive storytelling.

What accounts for the result? Although there is no direct evidence about the mechanism by which the intervention worked, the researchers believe that the DVDs provided a "parasocial" interaction, one that rendered the viewer of the messages more susceptible to behavior change. "In prior hypertension work, we...translated patient stories into re-enactments using trained actors using high production quality in studio. To maximize [the] para-social interaction [in this study], we enhanced the realism of the current intervention by purposefully avoiding the studio, taping patients in the actual hypertension clinic."