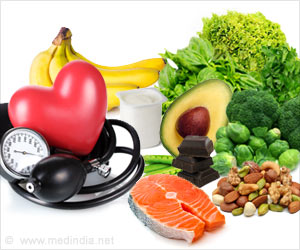 A new study has found that blood-pressure and glucose control may be effective in preventing heart block, a common form of arrhythmia. This new finding could help prevent the subsequent need for a pacemaker, said researchers at UC San Francisco. The findings of the study are published in JAMA Network Open.

Atrioventricular (AV) block occurs when electrical conduction is impaired between the heart's four chambers, most often by fibrosis or sclerosis. It is often felt as the heart skipping a beat.

Advertisement
‘More than half of the cases of heart block resulted from high blood pressure or elevated blood sugar. ’

An estimated 3 million people worldwide have pacemakers, and 600,000 pacemakers are implanted annually. But while a common treatment and low-risk procedure, it can result in serious complications. Generator charges also carry a high risk of infection in and around the heart. However, there has been limited research on whether behavioral modifications can prevent heart block and which ethnicities are most at risk.


"It is perhaps precisely because pacemakers so successfully and immediately address cases of heart block that we have previously failed to devote more attention to prevention of this important disease," said senior author Gregory Marcus, MD, MAS, a UCSF Health cardiologist and associate chief of cardiology for research in the UCSF Division of Cardiology. "In addition to the prevention and treatment of myocardial infarction and heart failure, effective treatment of hypertension and maintenance of normal blood sugars may be useful prevention strategies."
Advertisement
This is the first community-based study to evaluate the possible association between common modifiable cardiovascular risks and heart block occurrence requiring pacemaker implantation. In the JAMA Network Open study, Marcus and his colleagues used the Mini-Finland Health Survey, which was designed to represent the country's population aged 30 and over, and consisted of an in-home interview and clinic examination on various health subjects. They studied 6,146 Caucasian patients enrolled from 1978 to 1980, then reviewed the patients' hospital records from 1987 to 2011 to determine heart block incidents.

Of those factors, two directly modifiable risk factors were identified: every 10 millimeter increase in systolic blood pressure resulted in 22 percent greater risk, and every millimeter increase in fasting glucose resulted in 19 percent greater risk. Taking into account the prevalence of these modifiable risk factors in the population and assuming causal relationships, they estimated that 47 percent of AV blocks in the 58 patients would have been avoided with ideal blood pressure and 11 percent with normal fasting glucose.

The authors note that the study occurred in a solely Caucasian population and advised caution in applying findings to other populations.

"Given the prevalence of heart block in the adult male population, as well as the multiple risks associated with pacemakers, it would be worthwhile to pursue further research on this connection," said Marcus, who holds the Endowed Professorship of Atrial Fibrillation Research in the UCSF School of Medicine. "This new information also may help persuade hypertensive individuals to receive and continue their prescribed treatments."

Combination Therapy for Type 1 Diabetes Improves Glucose Control, Weight Loss
For the first time, all patients on dapagliflozin experience an increase in ketones. This may ......