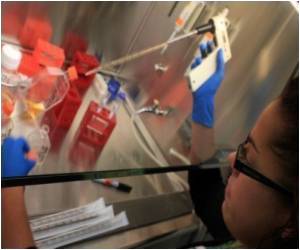 The patents were held by Prometheus Laboratories, a subsidiary of Swiss food maker Nestle.


The unanimous Supreme Court decision said, "Laws of nature, natural phenomena and abstract ideas are not patentable" under provisions of the US Patent Act.


To be covered by a patent, "an application of a law of nature... must do more than simply state the law of nature while adding the words 'apply it.' It must limit its reach to a particular, inventive application of the law," said the decision written by Justice Stephen Breyer.

"The claims are consequently invalid," said the court's decision, which reversed an earlier ruling of the US Court of Appeals for the Federal Circuit.

The patents covered a method developed by Prometheus Laboratory for adjusting dosages of thiopurine treatment for patients with immune system diseases, such as Crohn's disease, a chronic intestinal inflammation.

The dosages must be adjusted precisely to ensure the drug is effective and avoids side effects.

The Supreme Court said the Prometheus patents merely followed natural laws by establishing a link between levels of certain chemicals in the blood and too high or insufficient dosages of thiopurine.

Officials from the $4 billion a year biotechnoloy industry say the court's decision could remove incentives for development of other personalized medicine devices.

"It's a major shift and will have a profound effects on personalized medicine," said Michael Samardzija, a lawyer specializing in intellectual property for the law firm of Bracewell and Giuliani.

The ruling will make it "a lot more difficult" for diagnostic test makers to claim their new products are eligible for patents, Samardzija told The Wall Street Journal.

Patents of Stem Cells Banned If Embryo Destroyed: EU
Europe's top court on Tuesday banned researchers from patenting any process to extract stem cells when it leads to the destruction of a human embryo.
READ MORE

US Stem Cell Research is Being Hindered by Rush for Patents
Experts have said that cures for paralysis, blindness and diabetes could all be in reach with embryonic stem cell research, but the pursuit of medical progress is being choked
READ MORE