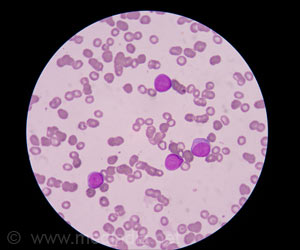 A newly developed two-pronged approach can help to treat blood cancer. The approach has been found to either attack the cancer cells directly and/or drive them from the nurturing bone marrow environment into the peripheral blood streams which are more vulnerable.

"One of the major limitations we see in treating blood cancers is the failure to clear cancer cells from the bone marrow," said Flavia Pernasetti, PhD, of Pfizer Oncology Research and Development.


‘New antibody to treat blood cancer has been found to simultaneously target the cancer cells while making them more vulnerable to chemotherapy.’


"Because the bone marrow allows the cancer cells to flourish, removing these cells is an essential step in treating these malignancies effectively. Not only does our approach have the potential to get these cells out of the marrow, making them more susceptible to standards of care, it is designed to also directly attack the cancer cells.

"Our preliminary preclinical results are encouraging, and we are very excited to see how our antibody fares in clinical testing."

How it Works
The bone marrow serves as a protective home for cancer cells, providing nourishment that allows them to multiply. Recognizing the relationship between bone marrow and cancer resilience, Dr. Pernasetti and her team focused their approach on mechanisms that would drive the cancer from the marrow. To do so, the team looked to the mechanisms that control the movement of cells into the bone marrow in the first place -- CXCR4, a chemokine receptor, and its ligand, CXCL12.

While there is extensive research into agents that inhibit CXCR4 the research team sought to improve upon the concept by taking it one step further. They created an antibody, PF-06747143, that not only moves the cells into a less protective environment, where they can be killed by other treatments, but also has been shown preclinically to attack the cells and kill them directly.

Notable success was observed in AML. When the antibody was used as a standalone therapy, researchers saw a 95.9 percent reduction in cancer cells. When used alongside standard chemotherapy agents daunorubicin and cytarabine in a treatment-resistant AML model, 99.7 percent of cancer cells were killed.

Safety and early signs of efficacy of PF-06747143 are currently being evaluated as part of a Phase I clinical trial in AML patients. "PF-06747143 could potentially be used as a standalone therapy for patients who are not candidates for standard care or used in combination with chemotherapy," noted Dr. Pernasetti. 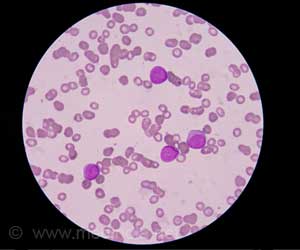 Blood Cancer Treatment Outcome Depends on Genetic Make Up of Proteins
The genetic make-up can impact the activity of the immune system and the body's ability to fight cancer.
READ MORE