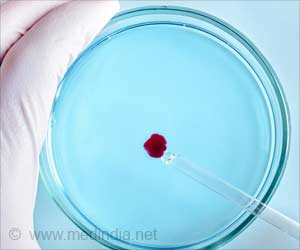 Fortis Healthcare is one of the top notch hospital chain in India. Blood bank and pharmacy licences of Gurugram's Fortis hospital have been suspended over the death of seven-year-old Adya Singh due to dengue in September and for charging Rs 16 lakh for the child's treatment, revealed an official.

The hospital has been barred from selling drugs and medicines on its premises and offer blood bank services till further orders.

Authorities took the decision based on the findings of a four-member team that conducted an inquiry into the matter.


The hospital was issued notices seeking its justification for charging a whopping Rs 16 lakh. "The action was taken following unsatisfactory response by the hospital management," an official said.
Advertisement
"Charges slapped on the hospital will be re-verified by higher authorities of both sections and the finding reports would be submitted. On the outcome of re-verified reports, the licensing department will decide whether the licences should be cancelled or not," Gurugram Drug Controller Sandeep Gahlan said.

On December 10, two FIRs, including one of culpable homicide, were registered against the Gurugram's Fortis hospital.

Haryana Health Minister Anil Vij has already ordered for both criminal and civil action against the Fortis Memorial Research Institute.

The FIR against the hospital authorities was filed under Section 304(2) of the Indian Penal Code, dealing with culpable homicide, at the Sushant Lok Police Station.

The second FIR was under the Epidemic Act and Section 188 of the IPC, dealing with disobedience of an order duly promulgated by a public servant, since the private hospital failed to inform authorities about a patient suffering from a disease like dengue.

A four-member panel that probed the child's death and subsequent exorbitant billing to her parents found many irregularities in the hospital functioning.

The panel, headed by Additional Director General of Health Rajeev Vadhera, has submitted its report to the government earlier this month.

Action would also be initiated over treatment to inadequate number of patients under the Economically Weaker Sections category, said another official.

The case came to light after a friend of bereaved father Jayant Singh posted it in Twitter on November 17, recounting how the family was billed "Rs 16 lakh, including Rs 2,700 for gloves" but the girl could not be saved.

The message was retweeted over 9,000 times in four days, prompting the Health Minister to assure action.

Tests confirmed she was suffering from dengue. However, since her condition worsened and Rockland suggested that she be transferred to another hospital, she was taken to Fortis where she remained on life support for 10 days.

"On September 14, an MRI revealed extensive damage to the brain. We decided to take her to another hospital, but Forts doctors refused to even provide an ambulance," the girl's father said in a statement.

Delhi Fortis Hospital Helps Man Walk After 11 Years
Gaurav Sharma met with a terrible accident in 2005, which left him with a fused hip and short left ....