Blocking the Death Switch in a Tumor may Halt Tumor Growth 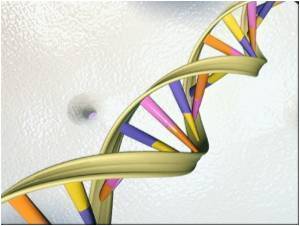 A new research study says that a receptor thought to mediate cell suicide in normal cells may actually be responsible for the unrestrained growth of cancerous tumors.

Blocking the activity of this "death receptor" can stop and even reverse the growth of tumors in human tissue culture and mice, scientists from the University of Chicago and Northwestern University Feinberg School of Medicine report in the May 27, 2010, issue of the journal Nature. This unexpected inhibition suggests a promising new strategy for cancer therapy.

Cell self-destruction, known as apoptosis, helps the body eliminate unwanted cells. Under normal circumstances, when the death receptor called CD95 is activated by specific proteins, the process of apoptosis is triggered. This cell suicide is an important process for immune function and to prevent the formation of uncontrolled, cancerous cell growth.


Scientists have long speculated that the loss of "death receptors" may be an early step in the formation of tumors. However, many cancers continue to express high levels of CD95, even as the cells rapidly grow and proliferate.

Cervical cancer is the second most common cancer among women and is the primary cause of cancer-related deaths in developing countries
Advertisement
"These data raised the intriguing possibility that CD95 could actually promote the growth of tumors," said lead author Marcus Peter, PhD, professor of hematology/oncology at Feinberg and a member of the Robert H. Lurie Comprehensive Cancer Center of Northwestern University. "The most apoptosis-sensitive cells in vitro are all cancer cells. But how are they so apoptosis-sensitive and yet don't die?"

"These facts," notes Peter, "have been widely ignored."

The team studied the role of CD95 in tumors using several human cancer cell lines, liver cancer mouse models, and models of ovarian cancer (from the laboratory of Ernst Lengyel, MD, PhD, Associate Professor in the Section of Gynecologic Oncology at the University of Chicago Medical Center).

Selectively deleting or reducing CD95 in these tumors dramatically slowed cell growth and, in some cases, actually killed the cells. When researchers reduced the activator for CD95 in the cancer cell lines, the effect was even more dramatic. The tumors stopped growing; some of them even died.

"This is a paradigm-shifting discovery," Lengyel said. "For 20 years, scientists have tried to use CD95 to kill tumors, but what we showed is that it is actually promoting tumor growth."

Downstream targets of CD95 essential for cell growth, such as JNK, c-Fos and Egr1, also decreased their activity when the "death receptor" was blocked. Furthermore, treating cancer cells with JNK inhibitors caused cells to stop growing, the researchers discovered.

Further research will probe how and when the cells decide to switch the function of CD95 from "death" to "growth." JNK, as a downstream target of CD95, may be critical for that switch, as it has both pro-death and pro-growth functions in different concentrations.

"Every cancer cell maintains the level of receptor that is just sufficient for it to grow," Peter said. "As with anything else in nature, it's always in the doses. Sun is important because it helps you get vitamin D, but you don't want to stay in the sun too long."

A drug that blocks the CD95 ligand, a molecule that activates CD95, is already being tested in a phase II clinical trial. Though originally developed to stop the death of cells affected by degenerative diseases and AIDS, the drug may also be effective in killing tumor cells, this research suggests.

Clinical studies hope to test an inhibitor of the CD95 ligand in combination with chemotherapy. Chemotherapy can induce a stress response during which the concentration of CD95 ligand increases, which may further promote the growth of tumors.

"This will be a big translational project, and it is years away from coming to the clinic," Lengyel said. "But there are two ways that it might be used to treat patients: either using a soluble receptor that will sweep away the ligand before it binds cells and promotes growth, or by using an antibody against this ligand to block its activity."

This will also shift how scientists understand the role of CD95 in health and disease, said Douglas R. Green, PhD, Chair of Immunology, of St. Jude's Children's Research Hospital in an accompanying "News & Views" article.

"A general role for autocrine CD95 signalling in promoting cancer is a stunning revelation that goes against many of the prevailing notions of what this receptor does," Green said. "There is our realization that this 'wolf,' this potentially vital tumour-promoting mechanism, has been there all along, disguised as a mechanism of cell death."