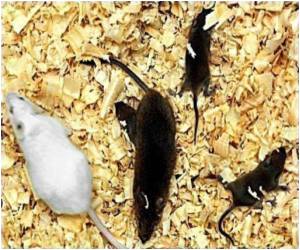 Researchers at Johns Hopkins University in Baltimore, Maryland have found that when blind mice are made to run, they can identify objects using receptors in the eye, also called 'sleep control' cells, that were previously thought to have no role in forming images.

Since humans possess the same receptors, the finding could point the way to giving blind people some ability to see.

Conjunctivitis or Pink Eye causes redness and soreness of the conjunctiva and is responsible for 1% of all emergency visits to a hospital.
Advertisement

Mice, and humans, have three types of light-detecting receptor in the eye- Rods and cones detect light, darkness, shape and colour, and make normal sight possible.


Receptors of the third type, the melanopsin-containing ganglion cells (MCGCs), were until now thought only to respond to light over longer periods of time, to help moderate patterns of sleep and wakefulness.

Lasik / Laser eye surgery is a treatment, which improves the vision in patients suffering from eye problems like nearsightedness, farsightedness and astigmatism.
Advertisement
To investigate their role in vision, Samer Hattar and colleagues engineered mice to lack rods and cones.

When these mice were placed in a maze, they could identify a lever with a visible pattern on it, which allowed them to escape.

Mice that lacked rods, cones and MCGCs could not find the lever.

In another task, the team found that the MCGC mice could follow the movement of a rotating drum.

Tom Cronin at the University of Maryland notes that the mice in the experiment behave like people with "blindsight", who can navigate round objects without consciously perceiving them.

"It's mind-boggling but I suspect that the mice are doing something like that," New Scientist quoted him as saying.

Hattar suggests that MCGCs may have allowed simple vision to evolve "before the introduction of the fancy photoreceptors - rods and cones".

He hopes his finding might lead to ways to help blind people regain some degree of sight.

The study has been published in the journal Neuron.