Black Individuals With Asthma May Not Benefit From Improved Inhaled Corticosteroid 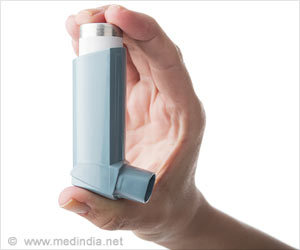 Adding a long-acting beta-agonist (LABA) may not improve rate of asthma exacerbation among black adults when treated with an inhaled corticosteroid (ICS), revealed a new study.

The study published in the Journal JAMA compared the effects of a long-acting beta-agonist with the anticholinergic tiotropium that are added to asthma patients with poor asthma control on low-dose ICS. The study was led by Michael E. Wechsler, of National Jewish Health and Denver, and Elliot Israel of Brigham and Women's Hospital.

Many factors alter development in children, such as chronic illnesses and long-term use of corticosteroids, may cause a shorter than normal height in adulthood.
Advertisement

They conducted the study on black adults suffering from moderate to severe asthma. Patients were administered with ICS plus either once-daily tiotropium or twice-daily LABAs. They were followed for 18 months and also underwent genetic testing.


The results found that LABA + ICS was not superior to tiotropium + ICS for secondary outcomes and black individuals may not benefit from LABAs to the same degree as individuals of other races.

Stepping Down Asthma Medications can be Done Safely With Guidance

Stepping down asthma medications in patients who have had stable asthma for at least one year is as safe as continuing the same level of medicines.
Advertisement
"These findings do not support the superiority of LABA + ICS compared with tiotropium + ICS for black patients with asthma. Although we could not detect a difference in exacerbations between either combination therapy, we found that, despite combination therapy, this population experienced a high rate of exacerbation. Additional targeted interventions and further study are needed to reduce the rate of asthma exacerbation in this population," wrote the authors.

Three-month-old infants with lower levels of four specific gut bacteria- Faecalibacterium, Lachnospira, Veillonella and Rothia- are at an increased risk for asthma.
Advertisement
<< Married People More Likely to Bounce Back After Heart Surge...
In a First, Michigan State University to Send Students to C... >>