Black Gay Males in US Worst Hit by HIV-AIDS: Report

In the United States, HIV-AIDS is affecting black gay men on a scale unseen among any other group in the developing world, reveals report. 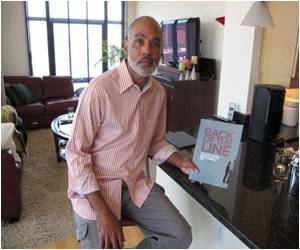 Black Gay Males in US Worst Hit by HIV-AIDS: Report

So grave is the crisis that in some US cities, one in two black men who have sex with other men are HIV positive, according to the report from the Black AIDS Institute, the only national HIV-AIDS think tank focusing on African Americans.

"AIDS in America is a black disease, no matter how you look at it," its president and chief executive Phill Wilson, who is himself HIV positive, said ahead of Sunday's opening of the six-day global conference.

"The best lens through which to figure out what AIDS looks like in America is to look at AIDS in black America," he said in an interview, adding that it was time to "jump-start a new conversation... and build a robust response" to the crisis.

The 74-page report, "Back of the Line: The State of AIDS Among Black Gay Men in America," says black gay and bisexual men make up one in 500 Americans overall, but account for one in four new HIV infections in the United States.

HIV prevalence among such men is twice as high than among their white counterparts. They are also far less likely to be alive three years after being diagnosed with AIDS than white or Latino gays and bisexuals.

"Black gay and bisexual men are still being devastated by HIV and AIDS," said Wilson, whose Los Angeles-based organization counts the prestigious Ford Foundation and the Elton John AIDS Foundation among its funding sources.

"The AIDS epidemic is not over in that population. Quite frankly, it is the worst epidemic in all of the developed world, and an epidemic that rivals much of the developing world."

The concerns echo those of the National Association for the Advancement of Colored People (NAACP), which earlier this month called upon African American clergy to do more to address the HIV-AIDS crisis.

"Black people are more likely to be diagnosed with HIV, more likely to die from the disease, and less likely to receive treatment than any other race" in the United States, said the civil rights organization in a report.

Citing data from the Centers for Disease Control and Prevention, it said African Americans represent 13 percent of the total population, yet account for more than half of all new HIV diagnoses.

Wilson, 56, attributed part of the problem to the black community's slow response in the early days of the AIDS epidemic in the early 1980s, when it was already wrestling with poverty, unemployment and the spread of crack cocaine.

Today, he said, black gay men in mid-sized southern cities such as Memphis, Tennessee and Richmond, Virginia face not only the greatest risk of infection, but also the least access to help.

Wilson also faulted mainstream gay rights groups for putting the HIV-AIDS crisis on the back burner, now that it is no longer a pressing issue for affluent gays in big cities whose bigger concern today is marriage equality.

"There are almost no national LGBT organizations today that give a rat's ass about the lives of black gay men as they are impacted by HIV-AIDS, and that's disgraceful," he said.

Statistics tell us that the world HIV+ population has risen drastically from 8 million in 1990 to a whopping 33 million in 2007! Even more alarming is the fact that young people (below the age of 25) account for half of these infections! This is ...

Quality of life in gay men and minorities treated for prostate cancer can improve with better awareness of ethnic and sexual preference related factor vital to aid men to opt an apt treatment plan.