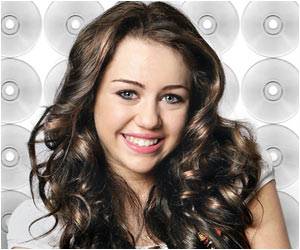 Miley Cyrus has opened up about her sexuality, admitting that she is literally "open to every single thing" that is consenting and doesn't involve an animal.

The 22-year-old twerking superstar added that she is down with everything that's legal and with anyone over the age of 18 who is down to love her, the Mirror reported.

At the 2014 MTV Video Music Awards outside Los Angeles, Miley Cyrus won the award for Video of the Year for her hit single Wrecking Ball .

The 'Wrecking Ball' singer, who has revealed how some of her relationships with women have been just as serious as her ones with men, but people never really looked at it, recalled that she told her mother she was bisexual when she was 14.


The former Hannah Montana actress said that she remembers telling her mom that she admires women in a different way, as in, she loves them like she loves boys.

Miley Cyrus is requesting her fans to donate in a charity fund, set up for a paralyzed Australian sportsman who suffers from a serious spinal injury.

Miley Cyrus, who has been named as the worst celebrity influence for the past two consecutive years, received the first-ever Global Action Youth Leadership Award for the positive impact
This site uses cookies to deliver our services.By using our site, you acknowledge that you have read and understand our Cookie Policy, Privacy Policy, and our Terms of Use  Ok, Got it. Close
X