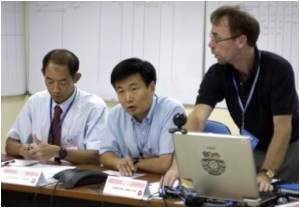 Bird flu studies will be published only after the WHO receives a green signal from scientists about the safety of such documents in the light of the risks of bioterrorism.

Talking to reporters after a high-level meeting of flu experts and U.S. security officials in Geneva, a WHO spokesman said an agreement had been reached in principle to keep details of the controversial work secret until deeper risk analyses have been carried out, Fox News reported.

The WHO called the meeting to break a deadlock between scientists who have studied the mutations needed to make H5N1 bird flu transmit between mammals, and the U.S. National Science Advisory Board for Biosecurity (NSABB), which wanted the work censored before it was published in scientific journals.


The agreement was made as biosecurity experts fear mutated forms of the virus that research teams in The Netherlands and the United States independently created could escape or fall into the wrong hands and be used to spark a pandemic worse than the 1918-19 outbreak of Spanish flu that killed up to 40 million people.

In its current form, people can contract H5N1 only through close contact with ducks, chickens, or other birds that carry it, and not from infected individuals.

But when H5N1 acquires mutations that allow it to live in the upper respiratory tract rather than the lower, the Dutch and U.S. researchers found a way to make it can travel via airborne droplets between infected ferrets, which are considered good models of how flu viruses behave in people.

"There must be a much fuller discussion of risk and benefits of research in this area and risks of virus itself," the WHO's Gregory Hartl said.

The H5N1 virus, first detected in Hong Kong in 1997, is entrenched among poultry in many countries, mainly in Asia, but so far remains in a form that is hard for humans to catch.

It is known to have infected nearly 700 people worldwide since 2003, killing half of them, a far higher death rate than the H1N1 swine flu, which caused a flu pandemic in 2009/2010.

Last year two teams of scientists - one led by Ron Fouchier at Erasmus Medical Center and another led by Yoshihiro Kawaoka at the University of Wisconsin -said they had found that just a handful of mutations would allow H5N1 to spread like ordinary flu between mammals, and remain as deadly as it is now.

In December, the NSABB asked two leading scientific journals, Nature and Science, to withhold details of the research for fear it could be used by bioterrorists.

They said a potentially deadlier form of bird flu poses one of the gravest known threats to humans and justified the unprecedented call to censor the research.

The WHO voiced concern, and flu researchers from around the world declared a 60-day moratorium on January 20 on "any research involving highly pathogenic avian influenza H5N1 viruses" that produce easily contagious forms.

Fouchier, who took part in the two-day meeting at the WHO which ended on Friday, said the consensus of experts and officials there was "that in the interest of public health, the full paper should be published" at some future date.

"This was based on the high public health impact of this work and the need to share the details of the studies with a very big community in the interest of science, surveillance and public health on the whole," he stated.

Explaining about the potential bioterrorism risks of his and the U.S. team's work, Fouchier said, "it was the view of the entire group" at the meeting that the risks that this particular virus or flu viruses in general could be used as bioterrorism agents "would be very, very slim."

"The risks are not nil, but they are very, very small," he added.

Q Fever
Q Fever takes its origin from word "query" and is caused by bacteria Coxiella burnetii that infects some animals and is passed on to humans due to inhalation of infected air particles.
READ MORE 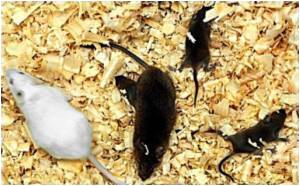 Vaccine To Fight Naturally Occurring Plague And Bioterrorism Too
US scientists could be closer to developing a vaccine that fights both the naturally plague and the bacteria that is sought to be used by terrorists for mass slaughter.
READ MORE

Security Tightened by "Designer DNA" Firms Over Bioterrorism Threat
Over fears that terrorists could order the genes needed to make a deadly virus, a group of "Designer DNA" companies is stepping up security.
READ MORE