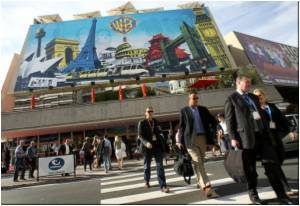 Video games using biotechnology are being developed by a Stanford researcher.

In his video games, a player's actions influence the behaviour of living microorganisms in real time - while the game is being played.


"We hope that by playing games involving biology of a scale too small to see with the naked eye, people will realize how amazing these processes are and they'll get curious and want to know more," said Riedel-Kruse.
Advertisement
"The applications we can envision so far are on the one hand educational, for people to learn about biology, but we are also thinking perhaps we could have people running real experiments as they play these games," he added.

Riedel-Kruse and his colleagues tried creating some classic games like PacMan, which was renamed as PAC-mecium, Biotic Pinball POND PONG and Ciliaball.

The basis of the games is paramecia- the single-celled organisms.

A camera sends live images to a video screen, with the "game board" superimposed on the image of the paramecia. A microprocessor tracks the movements of the paramecia and keeps score.

"We are talking about microbiology with these games, very primitive life forms. We do not use any higher-level organisms," he said.

"Since multiple test players raised the question of exactly where one should draw this line, these games could be a good tool to stimulate discussions in schools on bioethical issues."

"We would argue that modern biotechnology will influence our life at an accelerating pace, most prominently in the personal biomedical choices that we will be faced with more and more often," Riedel-Kruse said.

"Therefore everyone should have sufficient knowledge about the basics of biomedicine and biotechnology. Biotic games could promote that."

The results of their design efforts are presented in a paper published in the 10th anniversary issue of Lab on a Chip.