For four dreadful years Shimmi Munshi was unable to properly digest her food. But now, the 32-year-old curry fan can enjoy her favourite saag aloo, thanks to doctors who have given her a 10,000-pound "bionic" stomach.

After being struck down by gastroparesis, or paralysis of the stomach, Shimmi used to be sick more than 50 times a day.


Eventually she stumbled across a pioneering treatment which involves a special pacemaker beign attached to the stomach.

Mum-of-one Shimmi, from Bolton, said: "I was so weak I became housebound. The doctors said it could have become very serious, but the operation went well. Afterwards they gave me tomato soup, but when I got home I had saag aloo.

"Everything tastes great now and I haven't been sick since." 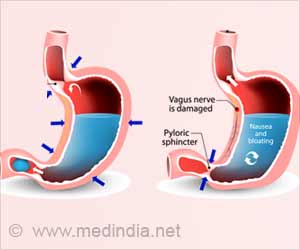