Biofeedback can be a Helpful Treatment for Many Conditions: Study 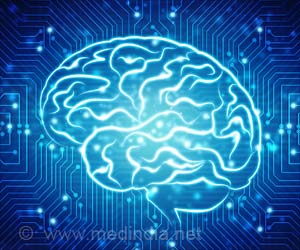 Biofeedback could help treat a number of conditions such as stroke, headache pain, urinary and fecal incontinence, reveals a new study. The findings of the study are published in the Journal of General Internal Medicine.

Dr. Karli Kondo of the VA Evidence Synthesis Program and OHSU, first author on the study, explained how the research could advance the use of biofeedback: "We are encouraged by the positive findings and the additional findings of potential benefits for a wide range of conditions. Biofeedback is a low-risk, cost-effective intervention. We hope that this report will help to make biofeedback more widely available to veterans across the U.S. and that it will serve as a roadmap for future research in the field."

Biofeedback refers to using instruments to measure and provide real-time feedback on patients' physiological responses. It can help patients learn to control and change those responses. Since biofeedback does not involve medication and is relatively noninvasive compared to other treatments, it could benefit patients with a low risk of any adverse effects, say the researchers.


Biofeedback measures include muscle activity, heart rate, blood pressure, and brainwaves. It is often paired with treatments to change behavior, thoughts, or emotions. For example, using electromyography (EMG) to measure how muscles tighten in response to a medical condition may help patients consciously control those muscles.
Advertisement
Biofeedback increasingly is being used as a complementary or alternative treatment for a wide range of conditions. In 2017, about 70 VA facilities reported offering some form of biofeedback.

However, the evidence on how biofeedback is used and its effectiveness is scattered across studies on the individual conditions. Because of this, the practice is not well-integrated with usual care.

The review showed clear evidence that biofeedback is effective at reducing headache pain. A variety of biofeedback measures have been used for headache, including EMG, skin temperature, and blood pressure monitoring. These techniques appear to help decrease the frequency, duration, and intensity of both migraine and tension headaches. The largest improvements were in decreasing frequency of headaches. Moderate-confidence evidence shows that biofeedback can also improve secondary outcomes of headache, such as medication use, muscle tension, anxiety, and depression.

Strong evidence also exists showing that biofeedback can help with urinary incontinence for men who have had their prostate removed. In this case, EMG is used to assist with pelvic floor muscle training. Adding biofeedback provides both immediate and long-term improvements beyond those seen with muscle training alone.

The evidence map shows consistent evidence that biofeedback helps with several other conditions, although with fewer trials than were found for headaches or incontinence. EMG biofeedback can help with fecal incontinence in both older people of both sexes and in young women who recently gave birth. Adding biofeedback to therapy for lower-limb activity after stroke also appears to help patients. Stroke therapy can include several different types of biofeedback, such as platforms that measure weight distribution to help with balance, sensors to measure the angle of the joints during walking, and EMG to record muscle activity.

The researchers found studies on biofeedback use for several other conditions, but no compelling evidence that it was effective in those cases. Reviews showed no benefits from biofeedback for urinary incontinence in women or for high blood pressure management. However, the studies covering these conditions were limited. Likewise, the review turned up insufficient evidence for the use of biofeedback for other conditions, such as bruxism (grinding or clenching the teeth, often while sleeping), labor pain, and Reynaud's disease (a condition involving reduced blood flow to the extremities).

The researchers point out that their evidence map, in addition to showing several conditions for which biofeedback has been proven useful, also shows areas of uncertainty where more research is needed. They identified several targets for further research: balance and gait training, fibromyalgia, and intradialytic hypotension (a decrease in blood pressure that can cause a number of symptoms, including nausea, dizziness, and anxiety).

Overall, the evidence map gives a "lay of the land" that shows what evidence exists for using biofeedback to treat medical conditions or symptoms and what research is still needed.