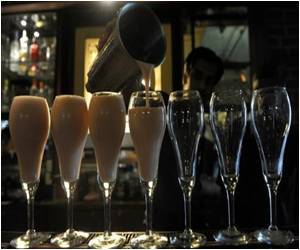 Female college students who take up binge drinking during early college years are at an increased risk of sexual assault, says study.

The study led by a University at Buffalo also revealed that even kids who don't drink in high school are at risk of heavy drinking once they head off to college.

In the new study, the research team followed 437 young women from high school graduation through freshman year of college.


They found that of women who had never drank heavily in high school (if at all), nearly half admitted to heavy episodic drinking - commonly called binge drinking-at least once by the end of their first college semester.

Alcohol consumption for recreation and relaxation has become a universal culture. But do you think you know enough about this drink - Take this quiz and find out.

Young women who were already engaging in binge drinking in high school continued drinking at similar levels in college.

And binge drinking was associated with students' risk of sexual victimization-regardless of what their drinking habits had been in high school.

Of all young women whose biggest binge had included four to six drinks, one quarter said they'd been sexually victimized in the fall semester. That included anything from unwanted sexual contact to rape.

And the more alcohol those binges involved, the greater the likelihood of sexual assault. Of women who'd ever consumed 10 or more drinks in a sitting since starting college, 59 percent were sexually victimized by the end of their first semester.

"This suggests that drinking-prevention efforts should begin before college," said lead researcher Maria Testa, a senior scientist at UB's Research Institute on Addictions.

The finding was published in the January issue of the Journal of Studies on Alcohol and Drugs.

Alcohol consumption continues to play an important role in many social and religious celebrations.However,serious risks are also associated with it!
<< Search for Alleged $16m Fraudster
Novel Method to Measure Narrowing in Arteries >>