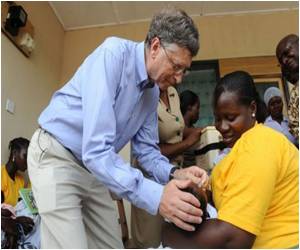 In the West African heat, the freckled man with the rectangular glasses instantly recognisable to much of the world stood staring at data that had nothing to do with selling software.

But it was exactly where Bill Gates said he wanted to be, at a tin-roof clinic in a village in Ghana, listening to local health-care workers explain the progress they had made in vaccinating babies.

"These are the countries where I'm the least known," the 57-year-old Microsoft co-founder told AFP later Tuesday, after a journalist pointed out that several of those at the clinic did not know who he was.


"I mean, nobody knows me here," he said, before adding: "Maybe in the capital, but that has nothing to do with why we do the work."

Gates' foundation has been on a high-profile campaign to improve health by increasing vaccinations in poorer nations. Ghana, with an immunisation level above 90 percent for some diseases, is being held up as a success story.

That's why Gates, who Forbes says is the world's second-richest person as well as its most generous, was here this week to visit health clinics and speak with officials about their efforts.

The Bill and Melinda Gates Foundation is a major contributor to the GAVI Alliance, which helps make vaccines available to developing countries, including Ghana.

His visit came ahead of a so-called Global Vaccine Summit set for Abu Dhabi on April 24 and 25, where Gates and others will try to highlight the need for continued support for immunisations, as well as discuss a six-year plan to eliminate polio.

These have not been easy times for the vaccination campaigns that Gates promotes with both his star power and his money.

The global economic slowdown has led to concerns over aid contributions and violence has hit polio immunisations in Nigeria and Pakistan.

He said he visited Ghana to get an on-the-ground view of what worked and what did not.

But the story in certain other countries remains problematic -- particularly in nearby Nigeria, which remains one of the world's three polio-endemic countries despite its position as Africa's largest oil producer.

And while Ghana has distinguished itself, there is some concern over whether its efforts will continue at the same level: for as the country continues its economic march that will eventually disqualify it for the aid that pays for much of its vaccination work.

For the time being however, it is a point of pride, with polio eradicated about 10 years ago and no child deaths from measles since 2002.

"With such achievement, it convinces them that immunisation works," said Dr. K.O. Antwi-Agyei, immunisation programme manager for the Ghana Health Service, referring to discussions with politicians on maintaining financing.

"And once it's working, then it's worth investing into."

Ghana has had a number of factors working for it, beginning with its political stability, with the country seen as a democratic success story in West Africa. It has held six successful elections since the 1992 end of military rule.

Its economy has also been strong in recent years, with 14-percent growth in 2011 and some eight percent last year.

But Gates and others point out that one of the real secrets of its success has been the way its health service is organised, with efficient community health centres that conduct outreach to ensure as many babies are vaccinated as possible.

A district health centre visited by Gates collects data on immunisations and posts it on a web-based system -- a key point for the former software geek, who stresses that quality data is needed to assess health efforts.

A pilot programme is also being run that allows health centres to communicate with mothers by mobile phone text messages, sending them health tips and reminding them it's time for their child's immunisation.

As for what will happen when Ghana advances further along economically and begins to be phased out of major GAVI financial support, opinions differ.

Antwi-Agyei's boss, Dr. Frank Nyonator, director of the human resources division in the ministry of health, said he is confident Ghana will pick up the slack on its own. Antwi-Agyei is more concerned.

But for now, progress can be seen at places such as the Ahentia health centre, set among dusty roads and where public electricity only recently arrived, one of the nurses said.

Mothers and their children looked on as nurses and volunteers weighed a baby from a sling hung from a tree branch. Inside, a refrigerator equipped to operate with gas when electricity is not available kept the vaccines cold.

Faustina Havor, a 30-year-old volunteer, had no problem admitting she did not know who Bill Gates was. It did not matter.

"I just want to help my community -- and my country as a whole," she said when asked why she decided to volunteer.

The World Must Push to Eradicate Polio: Bill Gates
Bill Gates stressed on the importance of complete eradication of polio on Tuesday.
READ MORE

On A Mission to Rid World of Polio by 2018 Is Bill Gates
Polio could be eradicated throughout the world by 2018 said Microsoft founder Bill Gates.
READ MORE

Bill Gates Predicts Eradication of Polio by 2018
Microsoft founder and philanthropist Bill Gates has predicted that polio will be eradicated by 2018.
READ MORE 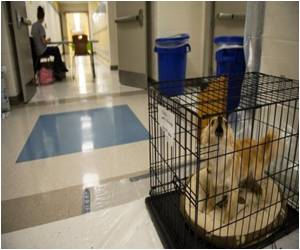 Brit Scientist Joins Hands With Bill Gates to Put an End to Hurricanes With Car Tyres
Devastating tropical storms like Superstorm Sandy, which battered the US last week, could be weakened and rendered less lethal by using a simple and cheap technology based on a surprising
READ MORE