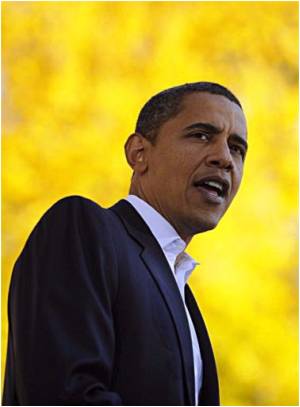 President Barack Obama got backing from Bill Clinton as he sought to promote his health care law to the US public amid a congressional battle and an approaching sign-up date.

After a day dedicated to diplomacy at the United Nations, Obama took part in a one-hour conversation with his White House predecessor that focused on the benefits of his signature legislation.

After an introduction by Hillary Clinton, the two statesmen pitched why it was in the interest of the millions of Americans who currently don't have health insurance to sign up for a plan as of October 1.


In order for the system to work, young people, even if they opted for the cheapest plan, need to be a part of it, Clinton said.

"We've got to have them in the pools because otherwise all these projected low costs cannot be held if older people with pre-existing conditions are disproportionately represented in any given state," he added.
Advertisement
"You've got to have everybody lined up."

"Normally this would be pretty straightforward," Obama said.

Those who opposed the idea of universal health care in the first place, he said, "have been trying to scare and discourage people from getting a good deal."

With the fiscal year drawing to a close at the end of a month, far-right Republicans in Congress have threatened not to approve a budget to keep the government open for business over the law.

The Republican-led House of Representatives passed a bill last week that would prevent a government shutdown at the price of defunding the sweeping 2010 health care overhaul that was upheld by the Supreme Court two years later.

Should they fail, several government agencies will close on October 1, placing hundreds of thousands of non-essential staff on unpaid leave.

Some lawmakers also want to link the law -- that has become known as "Obamacare" after being nicknamed as such by critics -- to the raising of the debt ceiling so the country can pay its bills.

On Tuesday, US Treasury Secretary Jacob Lew warned that without increasing the Treasury's borrowing ability, by the middle of October it could be left with only a relatively small amount of cash and looming large payment commitments.

"That is not tactic that can be accepted," Lew said of House Republicans.

"This president and future presidents cannot be in a position where 50 or 100 members of the House make demands at the risk of default. That's not an acceptable way to work out our differences."

Obama and Clinton spoke at the annual meeting of the Clinton Global Initiative in New York.

Source: AFP
Advertisement
<< Having Children Reduces Mortality in Victims of Type 1 Diab...
Erase Your Online Past on Social Media Sites With New 'Eras... >>

Glitch in the Health Law Will Probably Keep Smokers Penalties Small
Tobacco users should make best of this computer glitch and make the most of reduced premiums....

New Health Law Could Prove Costly to Minnesota Insurers
Minnesota faces a hard decision of either carrying on with MCHA or Joining the Federal Government .....