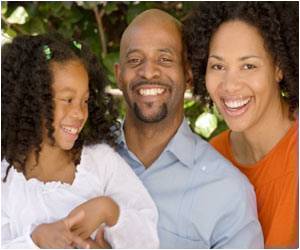 A psychologist at the University of British Columbia has revealed that infants raised in households where Spanish and Catalan are spoken can discriminate between English and French just by watching people speak, even though they have never been exposed to these new languages before.

Janet Werker's latest findings provide further evidence that exposure to two native languages contributes to the development of perceptual sensitivity that extends beyond their mother tongues.

The ability to speak multiple languages is associated with better mental capacities,a new study from the University of California, Los Angeles has revealed.
Advertisement


In Werker's latest study with Prof. Nuria Sebastian-Galles from the Universitat Pompeu Fabra in Barcelona, infants of four and six months were shown silent videos of talking faces speaking English and French.

Babies who hear two languages regularly when they are in their mother's womb are more open to being bilingual, a study published this week in Psychological Science shows.
Advertisement
They found that babies growing up bilingual with Spanish and Catalan - a Romance language spoken in Andorra and Catalonia - were able to distinguish between English and French simply through facial cues, even though they had never before seen speakers of either language.

"The fact that this perceptual vigilance extends even to two unfamiliar languages suggests that it's not just the characteristics of the native languages that bilingual infants have learned about, but that they appear to have also developed a more general perceptual vigilance," said Werker, Canada Research Chair in Psychology and director of UBC's Infant Studies Centre.

"These findings, together with our previous work on newborn infants, provide even stronger evidence that human infants are equally prepared to grow up bilingual as they are monolingual," Werker added.

"The task of language separation is something they are prepared to do from birth - with bilinguals increasingly adept over time."

The findings were presented at the American Association for the Advancement of Science (AAAS) Annual Meeting in Washington, DC.

Toddlers Can Turn Bilingual Even At 20 Months

Toddlers are able to learn a second language from the age of 20 months, just as they are still learning their own native tongue, says a new study.
Advertisement
<< Medical Anthropologist Gives an Opinion on Asthma
80pct of All Web Browsers Open to Attack >>

A new study carried out at the University of Haifa sheds light on how first and second languages are represented in the brain of a bilingual person.
Advertisement
News A-Z
A B C D E F G H I J K L M N O P Q R S T U V W X Y Z
What's New on Medindia

Post-Nasal Drip Calculate Ideal Weight for Infants Sinopril (2mg) (Lacidipine) Vent Forte (Theophylline) Loram (2 mg) (Lorazepam) Blood - Sugar Chart Accident and Trauma Care A-Z Drug Brands in India How to Reduce School Bag Weight - Simple Tips Find a Doctor
This site uses cookies to deliver our services.By using our site, you acknowledge that you have read and understand our Cookie Policy, Privacy Policy, and our Terms of Use  Ok, Got it. Close
×