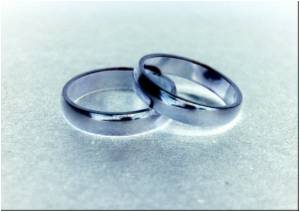 To avoid a new tax property sales tax imposed by the government Chinese couples are flocking to divorce. The tax left open a loophole for those who end their marriages.

Government marriage registration offices -- which also handle divorces -- were swamped by scores of couples trying to untie the knot, with one newly-separated woman telling AFP Wednesday she was heading off to sell a property.


But the terms allow couples with two properties who divorce and put each house into one person's name to then sell them tax-free under certain conditions, after which they can remarry, state media said.
Advertisement
At a registry in Shanghai, China's commercial hub, a middle-aged woman checked her freshly minted divorce certificate before rushing off to complete a property sale.

"I'm heading to the property trading centre this afternoon," she said, declining to be identified.

Those divorcing included at least one pregnant woman, the Shanghai Daily said.

"She told me she came here to avoid the possible loss in a property transaction, and I could say nothing," the newspaper quoted a harried official saying at another registry in the city, which had seen divorces double.

"I told all of them to come here again for remarriage registration," he added.

The southern metropolis of Guangzhou, northeastern city of Harbin and Ningbo in eastern China have also reported rising divorce rates after the tax was announced, reports said.

Sample calculations they cited showed the move could save a couple tens of thousands of dollars in tax.

"They (couples) appear to be in good moods... more than half said frankly that they wanted a divorce for the sake of property," an official was quoted as saying by the Ningbo Daily Newspaper Group website.

An exemption for the tax -- which was previously only an option available to local governments, many of which did not impose it -- is available for vendors who are selling their main home and have owned it for more than five years.

The Shanghai Civil Affairs Bureau confirmed the planned tax had triggered a divorce boom, but declined to give a total for the city, the Shanghai Daily said. Couples were citing "lack of mutual affection" as the reason to separate, it added.

Divorce in China is typically handled by government offices and not through the court system, and if the two parties agree it is a simple and straightforward procedure.

An official cautioned wives to beware, however, warning that some unfaithful men might actually want a permanent divorce.

Failed marriages are on the rise in China with around 2.87 million couples divorcing in 2011, up 7.3 percent from 2010, the latest government figures showed.

"Some men might trick their wives into getting a divorce using the tax as an excuse. But they might have a mistress and truly want a divorce," He Zhanbiao of Shanghai's civil affairs bureau told the Shanghai Daily.

Three years ago another set of rules introduced to control the property market, including limits on buying second homes, also sparked a trend of snap divorces so that both members of a couple could own a property.