Beware: PIN Numbers You Should Never Ever Use 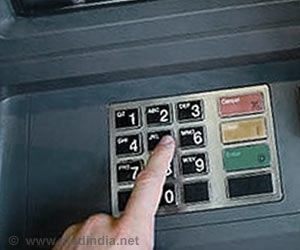 New research indicates that choosing 4-digit pins from birth dates, a year in the 1900s, or an obvious numerical sequence, makes it easy for a thief to crack the password.

Researchers at the data analysis firm Data Genetics have found that the three most popular combinations, "1234," "1111," and "0000", account for close to 20 per cent of all four-digit passwords.

According to The Age, every four-digit combination that starts with "19" ranks above the 80th percentile in popularity.

Adolescent depression is an ailment that occurs during the teenage characterized by persistent melancholy, disappointment and loss of self-esteem.
Advertisement
Therfore researchers say that choosing your birthday, your birth year, or a number that might be a lot of other people's birthday or birth year makes your password significantly easier to guess.

On the other end of the scale, the least popular combination, 8068, appears less than 0.001 per cent of the time, the paper said.

Depression occurs due to alterations in the levels of neurotransmitters in the brain.
Advertisement
<< New Genetic Mutation Related to Hypothyroidism Syndrome
Colombian Secret Service 'Prostitution Scandal' Could Impli... >>

Beware: PIN Numbers You Should Never Ever Use Personalised Printable Document (PDF)