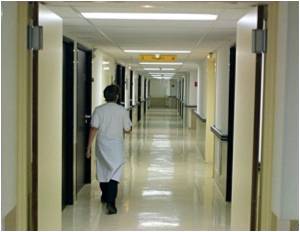 A gender-specific complete knee prosthesis to match the anatomy of the female knee was developed with an aim for a better fit in order to have better outcomes for women.

However, a recent study in the Journal of Bone and Joint Surgery (JBJS) found that 85 women who received a gender-specific implant in one knee and a standard prosthesis in the other knee found no clinical benefits of the gender-specific knee.

It is time for more thrilling video games, better functioning prosthetic limbs, cars that can detect collisions and dangerous turns before they occur, and missiles that can reach a target
Advertisement
Additionally, patient satisfaction with the implants was similar (8.3 points for the standard implants and 8.1 points for the gender-specific implants). A rating of 6 to 8 meant "satisfied," and a rating of 9 to 10 meant "fully satisfied."

Implantation prostheses of either design resulted in improved quality of life in terms of pain, walking distance, deformity, and function after surgery.

"Our data demonstrated that the standard prosthesis fit the distal part of the femur (where the thigh and knee connect) better than the gender-specific prosthesis did," said Dr. Kim, who is from The Joint Replacement Center of Korea, Ewha Women's University School of Medicine in South Korea. The gender-specific prosthesis was so small that it exposed more bone, which resulted in increased bleeding immediately after surgery.

Dr. Kim and his colleagues were surprised by the study results. "We indeed expected the gender-specific prostheses to outperform the standard prostheses," he said.

Although patients were only followed for approximately two years, studies have shown that results after two years are similar to those seen five to ten years after total knee replacement. "Because the duration of follow-up was short, and we can draw no conclusions about the advantage of the gender-specific prosthesis with regard to long-term function," Dr. Kim concluded.

Instead of batteries, artificial muscles driving robots or prosthetic limbs might soon be powered by a kind of alcohol that can make people blind, say researchers.
Advertisement
<< Fractures in Younger Days Increase Osteoporosis Risk
Flu Vaccine Under Scrutiny in Sweden >>