Best Ways To Get Rid of 'Nasty' Hangover 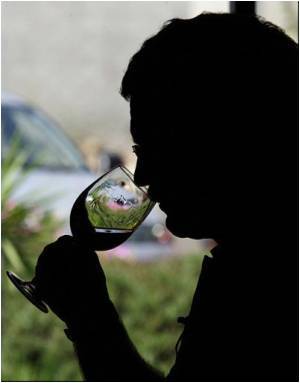 Excessive boozing on New Year's Eve tends to leave people in a washed out state the next morning, but following a few tips can certainly help party goers get rid of this misery.

According to Loyola University Health System family physician Dr. Aaron Michelfelder, before the party, people should plan to drink moderately, which includes a maximum of five drinks for men and three drinks for women during a minimum three-hour period.

To prevent inflammation, taking an anti-inflammatory drug such as ibuprofen or Aleve is a good option.


During the party, people should resort to eating first, and then drink, not the other way around as food slows the absorption of alcohol.

People should drink slowly and to prevent dehydration, Michelfelder suggests drinking a glass of water after each alcoholic drink and also taking a B vitamin supplement.
Advertisement
After the party, people should not drink and drive and get as much sleep as possible.

While, on the next morning, party goers should take another B vitamin and drink lots of water.

If possible then exercising is also a good choice. During vigorous exercise, blood circulates three times as fast as it does when a person is sitting on the couch. And the faster people circulate blood through their liver and kidneys, the faster their body will remove the toxins.

Michelfelder also insisted that contrary to what most people think, coffee does not prevent or help a hangover, it just makes a person more alert.

He also regarded the notion that having a drink can relieve a hangover as false as it can only make people feel worse. (ANI)