Ben and Jerry's Apologizes for 'Taste the Lin-Sanity' Fortune Cookies 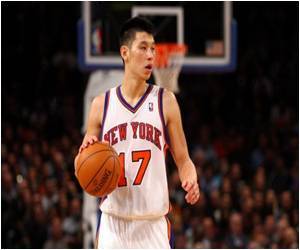 Ben and Jerry's has apologized for putting fortune cookies in pints of its "Taste the Lin-Sanity" ice cream in honor of basketball sensation Jeremy Lin after complaints that the ingredient was racist.

The limited-edition flavor, 'Taste the Lin-Sanity', featured crumbled fortune cookies along with honey swirls and a frozen yogurt vanilla base.

We all are racist to a certain extent and it is not entirely our fault that we are so. New research seems to blame the TV, the internet and even the books that we read for this attitude.
Advertisement

After a near-immediate backlash over the racist implications of using a fortune cookie, the Cambridge, Mass. store issued an apology on its Facebook page on Friday and substituted the fortune cookies with the waffle variety.


"Our intention was to create a flavor to honor Jeremy Lin's accomplishments and his meteoric rise in the NBA, and recognize that he was a local Harvard graduate. ... If we failed in this instance we offer our sincere apologies," the New York Daily News quoted the apology as saying.

KFC has pulled off a TV ad it was running in Australia after a wave of protests in the US.
Advertisement
The American ice cream company's fortune-cookie brain freeze follows a series of racially insensitive gaffes about the rising basketball star.

Last week, an ESPN employee was fired for writing the headline "Ch--- in the armor" on the sports network's mobile site, and an ESPN News anchor was suspended for using the same phrase repeatedly on the air.

On Thursday, the Asian American Journalists Association came out with a set of guidelines on covering Lin to avoid future faux pas.

Ryan Midden, the store's general manager, told the Boston Globe on Friday that customers seemed overwhelmingly excited about the limited-edition flavor despite the misstep.

"There seemed to be a bit of an initial backlash about it, but we obviously weren't looking to offend anybody and the majority of the feedback about it has been positive," Midden said.

By Saturday afternoon, the store announced on Twitter that it was sold out of the limited-edition pints.

Midden told the Globe that the primary reason they changed the recipe is that customers found the fortune cookies got too soggy.