Belgrade is the New Place to Party 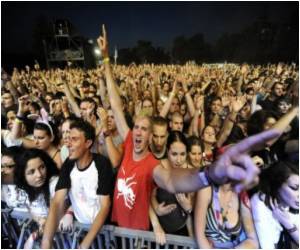 Dozens of quirky venues have sprouted between the cracked facades of its Socialist-era architecture and new low-cost air links are bringing in visitors for good times that are more affordable than in more glamorous European cities.

"If you can stay on your feet for 24 hours, there will always be somewhere to go and have fun," enthuses German Andrea Lutz who flew in with friends for a rock concert but quickly decided to stay for a whole week to party.


Lutz, in her twenties, was drawn by word-of-mouth rave reviews of the city and also tickets for a concert by Bristol legends Massive Attack that were cheaper than in other parts of Europe.

Medical tourism can be broadly defined as provision of ''cost effective'' private medical care in collaboration with the tourism industry for patients needing surgical and other forms of specialized treatment.
Advertisement
"So many of my friends enjoyed their time here last summer so I decided to come and see for myself," she says, standing in a queue for another rock performance at alternative hangout Zica (Wire).

This kind of enthusiasm led famed tourist bible, the Lonely Planet, to put the city at the top of its list of "the world's top party towns", beating out Buenos Aires and Cape Town.

"The long years of bad press that kept Serbia off the map have now passed, and foreigners are now realising what locals always knew -- that Belgrade really rocks," its "1,000 Ultimate Experiences" guide says.

Bombed during World War II and again in 1999 during the Kosovo War, the city was the capital of the former Yugoslavia after a communist takeover that claimed thousands of lives.

A decade ago it was known to the world largely through news reports about the violent break-up of Yugoslavia, but the 2000 fall of late war crimes-accused president Slobodan Milosevic has seen a blossoming of sorts.

Every year since then the number of foreign visitors has increased, attracted by an unusual mix of Turkish-Oriental influences, Socialist architecture and a vibrant modern culture.

In 2009 there were more than 400,000 foreign tourists, says tourism official Jasna Dimitrijevic, and this year the number is expected to be even higher.

Along the shabby streets that are desperately in need of renovation, dozens of clubs, restaurants and bars have sprung up.

"Belgrade is not a historic or artistic jewel, although we do have a lot to be proud of," says Goran Tuseljakovski, the owner of a small hostel in the downtown area.

"I like to call it a diamond in the rough -- what you see is not what you'll get," he says in the hostel lobby where he is helping visitors from England plan a Sunday night out.

One of them is Lisa Pearson, 20, visiting en route to the four-day, open-air EXIT festival which drew thousands of people to Serbia's second largest city, Novi Sad, in July.

"I already like it more than I could imagine. There is a party everywhere you go, a concert almost every night and it's much cheaper then anywhere in Europe," says Pearson.

She and her 21-year-old boyfriend Jerry Gordon have found it easy to find out where to go, not least because of the plethora of venues and friendly local advice.

"We knew a few clubs, but then we met new friends who have suggested we go here or there," Gordon said.

They head to a newcomer to the scene, Tribal, in the river district, where two Italian DJs blast out techno hits mixed with world music behind the club's metal doors -- remnants of its previous incarnation as a car repair shop,

"We try to get new, young DJs who are making their name at the international scene, to let our guests be in tune with the newest trends," said one of the managers, Sandra, who did not give her last name.

Italian Maurizio, who declined to give out more personal information, is a second-time visitor to Belgrade and says things have improved in the past years.

"There are signs in English in the centre, even some bus stations are clearly marked with maps and directions. Four years ago, it was almost like an 'orientation' game for a foreigner," he says, pointing to a street sign written in Cyrillic, the Serbian alphabet.

The occasional linguistic difficulties are offset by advantages such as the lack of entrance fees or dress codes at most clubs, even the more popular ones.

"Tickets are sold only when we have a star DJ or a theme night, otherwise, profits from drinks are the main and sufficient source of income," said Marko who did not give his last name, a manager of the popular Tube club.

For thirtysomething Jelena Ros and her friends from Slovenia's capital Ljubljana, this is a welcome change from club rules elsewhere in Europe, allowing them to hop from one party to another.

This evening they are heading to a "splav", one of dozens of river-boat clubs that line the Danube and Sava rivers in the summer, offering music, meals or just a lazy evening to chill-out after the summer heat.

At one of the oldest, Blaywatch, glamorous "sponzoruse" (sponsored girls) dance to turbo folk, a typically Serbian mix of Oriental folk and heavy beats to which they show off in the hope of attracting a rich boyfriend or husband.

"There is a graffiti nearby saying 'Belgrade never sleeps'," says Ros.

"Compared to my hometown Ljubljana, where everything closes at 12 pm, it's true. Here, the fun starts at midnight."

Noscaphene (Noscapine) Diaphragmatic Hernia Drug Interaction Checker Find a Hospital Drug Side Effects Calculator Sanatogen A-Z Drug Brands in India Loram (2 mg) (Lorazepam) Post-Nasal Drip How to Reduce School Bag Weight - Simple Tips
This site uses cookies to deliver our services. By using our site, you acknowledge that you have read and understand our Cookie Policy, Privacy Policy, and our Terms of Use