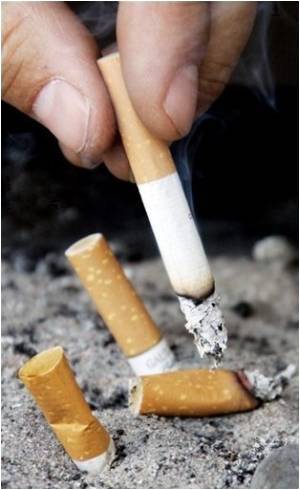 Belgium's top court expands the country's smoking ban in all cafes and casinos.

Smoking has been banned in work places, restaurants and pubs that serve food since 2009, while temporary exemptions had been granted to casinos and cafes that only serve snacks such as crisps and peanuts.

The law had called for the exemptions to end sometime between January 1, 2012 and January 1, 2014, but the Flemish Anti-Cancer League asked Belgium's constitutional court to strike them down. Smoking ban law effective from July 1.


The court decided to lift the exemptions but gave establishments until June 30 to "adapt to the general smoking ban."

The judges ruled that the government failed to prove that pubs would be harmed by a general smoking ban, saying that drawing distinctions between establishments was actually harmful to competition.

Every cigarette you smoke is causing irreversible damage to your body; slowly killing you from the inside. It also endangers those around you, your family and children.
Advertisement
The court also stated that the protection of the health of employees and non-smokers should apply to casinos even though they serve a "specific" clientele.

Smokers will still find a corner to light up: Special smoking rooms equipped with air vents in restaurants and other public buildings are still permitted since smokers are not supposed to use them, the judges said.