Being Sad is Not Bad! Happiness Does Not Guarantee a Longer Life Span

Happiness Myth Busted! Being happy may not extend your lifespan, revealed a new study.

Researchers from the University of New South Wales conducted the studyin one million women. They found that happiness was not associated with longevity of life and also nonsmokers tended to be happier than smokers.


The study was published in The Lancet and was a part of the Oxford university's The million Women Study.


‘Staying happy can keep you healthy but it does not guarantee a longevity of life.’


"Illness makes you unhappy, but unhappiness itself doesn't make you ill. We found no direct effect of unhappiness or stress on mortality, even in a ten-year study of a million women," Dr Liu said.

Older women, nonsmokers, those in a relationship and those who were physically active were found to be happier than their peers. Women who got enough sleep and those who belonged to a religious group or were socially active also reported being happier.

"Of course people who are ill tend to be unhappier than those who are well, but The Million Women Study shows that happiness and unhappiness do not themselves have any direct effect on death rates," said co-author of the study Richard Peto. 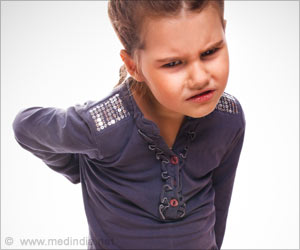 Being Unable to Read Kids's Happiness may Increase Misunderstanding in Parents, Children
Parents are inclined to score a child happiness closely in line with their own emotional feelings, whereas there could be differences in a child's own reports.
READ MORE

People Over Age 30 Give Up On Their Dreams: Study
In the early 1970, adults 30 and older used to be happier than younger adults and teens. But that "happiness advantage" has steadily declined.
READ MORE

Parents' Emotional Feelings Can Hinder The Perception Of Their Childs Happiness
Being unable to read children's happiness may increase misunderstanding between parents and children or adolescents which can tamper parent-child relationships.
READ MORE

Give Up Facebook For A Happier Life: Happiness Research
Always envious? Got a non-existent social life and struggle to concentrate? Study says Facebook users are 39% more likely to feel less happy than non-users.
READ MORE