Being Obese, Overweight in Adolescence May Up Kidney Cancer Risk in Later Life 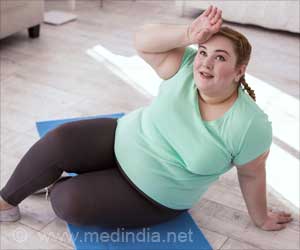 Being obese and overweight in adolescence may increase the risk of developing kidney cancer in later life, reports a new study. The findings of the study are published in the International Journal of Cancer.

Being overweight has been linked with a higher risk of developing a form of kidney cancer called renal cell carcinoma (RCC) among adults, but it's unclear if this risk is present during adolescence.

Obesity is a condition where there is excess accumulation of body fat which poses a risk to the health of the individual. It can affect children and adults.
Advertisement
‘Being obese and overweight can put teens at a higher risk of developing a form of kidney cancer called renal cell carcinoma (RCC) in later life.’
Read More..
Tweet it Now


In a study of adolescents who were followed for 37 years, researchers observed a trend for higher RCC risk with increasing body mass index during adolescence, where a one-unit increase in body mass index conferred a six percent increased the risk of RCC.


The study included 238,788 Swedish men who underwent mandatory military conscription assessment between 1969 and 1976 at an average age of 18.5 years. Over the next 37 years, 266 men were diagnosed with RCC.

Trying to lose weight? Weight loss is not a race or a competition against time but a lifestyle modification. Try out some simple tips for losing weight in smart way.
Advertisement
"This is, to our knowledge, one of the first studies to show that overweight and obesity in adolescence, in a large cohort, is associated with a substantially increased risk of developing renal cancer later in life," said co-author Dr. Pernilla Sundqvist, of University Hospital Örebro, in Sweden.

India and China, which are epicenters of a booming economy, are now witnessing a steady rise in obesity. ...