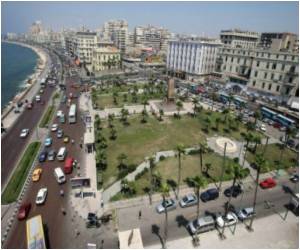 A new study has found that people with good jobs in big cities tend to have a more pro-environmental attitude.

The study of Chinese citizens found the status and political power of companies in cities such as Beijing, Shanghai and Tianjin strongly influence the conservation practices of their employees.

You may now get a breather from your hiked energy bills, thanks to 'transparent' cement, which has been developed by an Italian company and allows light inside the walls.
Advertisement

The findings will help China determine which audiences to target to encourage behaviours that can help counter the environmental costs associated with rapid economic growth.


The scientists found that employees here are likelier to engage in environmentally friendly activities that signal a desire to be green by, for example, sorting trash and participating in environmental litigation.

Imagine if we could have trees with naturally glowing leaves that could replace street lamps and contribute to the health of the environment.
Advertisement
"Employment matters with regard to pro-environmental behaviour due to many different reasons. First, people may be affected by peers in their workplace through the diffusion of environmental values," said Xiaodong Chen, who conducted the study with colleagues while working on his doctorate in sustainability science at Michigan State University.

"Second, some pro-environmental behaviours need facilitating support such as equipment for classifying garbage or social groups who can organize these activities. Employment settings sometimes provide such support," he said.

"It is essential to study human behaviour because behaviour directly affects the environment. As China is the world's fastest growing economy and cities are the economic engines with severe environmental challenges, understanding environmental behaviour of urban residents in China is particularly important," said Jianguo "Jack" Liu, CSIS (Center for Systems Integration and Sustainability) director.

"You don't have to be rich to consider environmental issues," said Chen.

"This top down approach has produced some good environmental results in China," he said.

The study is published this week in the British journal Environmental Conservation.

A recent study from Van Andel Research Institute (VARI) has revealed the benefit of eco-friendly sprays which can help plants survive drought.
Advertisement
Advertisement
This site uses cookies to deliver our services.By using our site, you acknowledge that you have read and understand our Cookie Policy, Privacy Policy, and our Terms of Use  Ok, Got it. Close
×