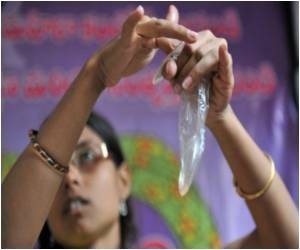 Behavioral interventions which is aimed at reducing risky sexual behaviors has been effective even in promoting condom use and reducing sexually transmitted infections (STIs) long after the initial intervention, according to a report.

Lead author Lori A. J. Scott-Sheldon, Ph.D., of The Miriam Hospital's Centers for Behavioral and Preventive Medicine, and colleagues at the University of Connecticut conducted a meta-analysis of 42 studies evaluating the effectiveness of HIV-related behavioral interventions. The studies included in the meta-analysis assessed behavior changes, including increased condom use, and biological outcomes, such as a subsequent STI or HIV diagnosis. The studies were conducted worldwide and included a number of at-risk populations.

Researchers found that behavioral interventions - which included HIV education, motivation and skills-based training aimed at negotiating safer sex behaviors - were successful at improving condom use and reducing incident STIs, including HIV, for up to four years. This meta-analysis is believed to be the first to examine the incidence of HIV in a wide range of at-risk populations.


Scott-Sheldon says that while it may seem intuitive that behavioral changes, such as increased condom use, will result in fewer STIs, previous studies have been unable to support that assertion.

"The association between behavioral and biological outcomes is complex, since transmission of STIs depends on a number of factors, including partner type, characteristics, and perceptions of partner safety," she says. "Examining both outcomes, and factors associated with sexual risk behaviors, should be important in determining the efficacy of behavioral interventions."

Interventions were found to be more successful at improving condom use when social, cultural and economic barriers were addressed. Researchers also observed that, contrary to expectations, self-management training targeting risky sexual behavior did not significantly impact condom use one year after the initial intervention.

They also noted that participants were less likely to acquire STIs following the behavioral intervention if they were diagnosed with an STI or HIV at the time they entered the study. In addition, interventions were more successful at reducing the incidence of HIV when they sampled more Latinos. The authors note that, globally, Latinos are disproportionately affected by HIV and interventions targeting this group are urgently needed to prevent HIV infection in this population.

"HIV infections cost the United States billions of dollars annually," Scott-Sheldon says. "In the absence of an effective HIV vaccine, safer sexual practices and expanded prevention efforts are required to prevent new infections and reduce the burden of HIV. Translation and widespread dissemination of effective behavioral interventions within a wide range of population groups should be a high priority."