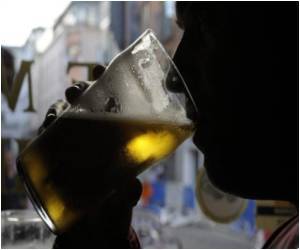 Janetta van Bruggen, an alcoholic, relaxes after breakfast in the clinic taking a swig of her sixth beer - all under supervision.

Previously forced to drink on the sly, up to two litres (two quarts) of wine and three litres of beer per day, she is one of 19 clients of an innovative Dutch clinic where homeless alcoholics get booze in rations to keep them on a "light buzz". 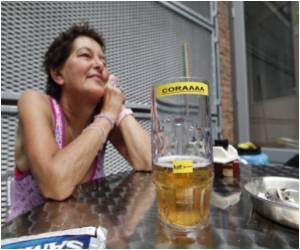 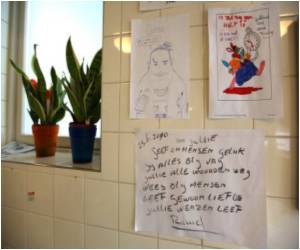 Centrum Maliebaan is based on a Canadian concept 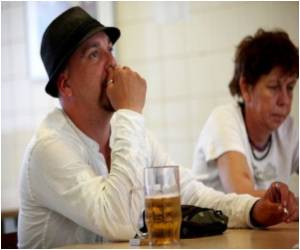 Residents of Maliebaan can order their first half-litre of beer from 7:30 am 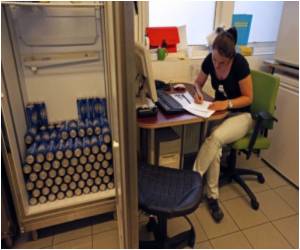 "I will drink less from tomorrow," the 51-year-old says with a wink, stepping up to a make-shift bar counter where she pays a social worker 40 euro cents (0.52 dollars) for a half-litre of beer poured into a tall, frosted glass.


Behind the counter, a staff member makes a tick behind Van Bruggen's name on a register kept between the stack of beer cans in the fridge and a pail of soapy water for washing mugs.
Advertisement
Open since last October, Centrum (Centre) Maliebaan in the central Dutch city of Amersfoort allows its residents to drink up to five litres of beer on the premises every day, with an hour between each 500 ml (half-quart) serving.

It goes through nearly 4,000 half-litre cans every month, bought at wholesale prices and sold with no mark-up.

"Our main goal is to stop binge drinking: it is better for the individual and for his environment," the centre's psychiatrist Eugene Schouten told AFP on a recent visit to the centre, which he believes to be a first for Europe.

To achieve that, "we bind them with beer."

Based on a Canadian concept, the centre targets the city's "very worst" alcoholics -- those with no family, no work, no home and no desire to stop drinking, said Schouten.

"When alcoholics wake up in the morning, they feel sick. Then they drink until the feeling of sickness passes. Sometimes they drink a whole bottle of Martini or Port in a few seconds, before breakfast," said the centre's team leader, Pieter Puijk.

"They get drunk and become a public annoyance: stealing, fighting, shouting. And binge drinking cause serious liver, brain and heart damage."

Residents of Maliebaan can order their first half-litre of beer from 7:30 am, "just enough to make them feel OK". They then have to wait an hour for the next hit, with last rounds at 9:30 pm.

"This allows us to keep the percentage of alcohol in their blood constant, creating a 'light buzz' effect," said Puijk.

"Their heads are clearer and we can work with them: we can get them to see a doctor, a psychiatrist, to eat, shower and to keep their behaviour under control."

The centre serves three meals a day, and hands out vitamins and medicine that supresses withdrawal symptoms at night.

It gives clients access to a nurse and a doctor and helps them register for homeless and medical benefits.

For fun, they can play billiards or cards, watch television or just sit around chatting over a mug of beer.

"The craving always remains. But by offering them activities, medication and food, it gets a bit milder," said Puijk.

"They have peace here. They are not hounded by the police or other citizens. There is nobody troubling them here, and they can enjoy the company of their peers."

"Here I can drink a beer in the morning without anyone laughing at me or calling me names."

"One shouldn't feel too at home here, or you'll never leave," added fellow-alcoholic Bob van Deuveren, 28, proclaiming he wants to cut back on drinking without quitting, "because I want a house and a kid".

The centre houses 15 men and four women from their mid-twenties to late fifties. They have all been alcoholics for more than 10 years.

"You have the idea that you should be helping these people to quit drinking," he said between beer orders.

"But people cannot be forced. And you can see the results: people drink less and less over time and they drink in a more structured manner, which causes their health to improve."

The centre, largely sponsored by the Amersfoort municipality, cannot stop its residents drinking outside.

But Schouten said only about three or four are still topping up on a regular basis. "A consequence is that they won't be served beer if they arrive here drunk."

The centre will soon offer its clients, now sleeping on camp cots in the common room, real beds in one- and two-person bedrooms.

Good behaviour will be rewarded with extras like a bedside table or a desk.

"These will never be model citizens or hardworking taxpayers," Schouten said of his charges.

"But in this way they have more pleasure in life, they are less of a public nuisance, and they are healthier."

"We try to give them a dignified existence," added Puijk. "They are just people, after all."

Voluntary Group in Netherlands to Help Combat Loneliness
The biggest voluntary movement in the Netherlands has joined forces with a university in Amsterdam ....