Beauty Paegant for 'Moms to Be' 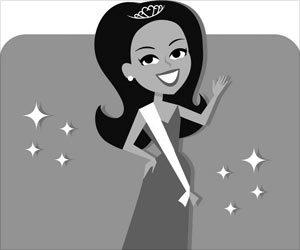 An innovative fashion show was held for "Moms to be" on December 28th at the Radisson Blu, Hyderabad. The event has generated lot of curiosity in the participants as well as their family members.

It is a four-city event. Geetika Sasan Bhandari, Editor of Child Magazine the organizer of the event said, it kick started in Hyderabad and will go to Delhi, Mumbai and Bangalore.


Around 12 moms-to-be of the city walked the ramp in an enriching, joyous and memorable experience in a not so common event held in Hyderabad.


Organized jointly by Child magazine, India's largest selling parenting magazine, and Cordlife, a leading stem cell banking organization, the event 'NeoLife' has been conceptualized to help mothers in their journey to become a mother from a woman.

The event had several rounds. Round One had them introducing themselves, Round Two saw the contestants sharing a beautiful memory of either the time they came to know they were pregnant or any touching moment or memories during the months they have been expecting. In Round three they had a question and answers round where they picked up a judge from among the jury and answered a question each.

It is a great feeling to get to know that you are pregnant, but it's even better to be pampered and made to feel special by walking the ramp in style to celebrate motherhood said Akshaya, who has won the coveted title "Child Cordlife Super Mom of the Evening".

Ms. Vidya wife of Rajesh first runner up. When Vidya had lost hopes that she would get pregnant and planned to relocate, she conceived.

And Himal Tiwari wife of Sainath adjudged as the 2nd Runner Up. This is my first pregnancy. We have been married for three years. I haven't ever walked on the ramp before. This has boosted my self confidence said Himal Tiwari.

During the show there were various sessions held for the audience. These include a nutrition session by Dr Hemlata Rathi from The Birthplace, a styling session with fashion designer Ishita Singh, a makeup session with Shweta Batra, regional trainer with the unisex salon chain Naturals. About 150 gathering witnessed the Fashion Show of Moms to be.