Bears Exploited for Bile in Asia 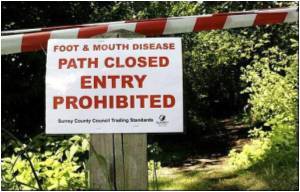 Exploitation of animals has been frowned upon globally, but sadly this continues to happen.

A frenzied black bear growls and shakes the bars of a cage barely bigger than itself. Like thousands of others across Asia, it is waiting for its owner to extract bile, a treasured substance in traditional Chinese medicine.

In a windowless building stinking of urine in the town of Boten in Laos, near the Chinese border, about 15 metal cages are lined up. Each holds a bear with barely enough room to turn around, let alone stand.


"If the cages were bigger, it would be very dangerous for the person who takes care of them", says Se, the Chinese owner of this "farm" which specialises in Asiatic black bears, whose predominant colour contrasts with a white band of chest fur.

Rabies is a zoonotic viral disease which affects domestic and wild animals.
Advertisement
In the courtyard four cubs just a few weeks old have been sold for $750 dollars each to traffickers. They will soon face the same treatment.

"Once a day, we take the bile of one bear with a needle. We change bears every day," says Se, who gave only one name and refused to allow photos of the bears.

In other farms, bears live with a catheter or a hole in the abdomen to allow extraction of the bile, according to animal rights campaigners who call for a ban on the practices.

"The bile is usually extracted using extremely crude surgery or through permanently implanted catheters. Severe damage to the gall bladders is common and tumours often develop," says Jude Osborne, who manages a refuge near Luang Prabang created by Free the Bears Fund of Australia.

"The conditions for bears on these farms are horrific, with intolerable pain and mental suffering," he said.

As a result, their life span is reduced on average to 10 years, says Louis Ng, director of Singapore-based ACRES (Animal Concerns Research and Education Society). Bears in the wild can live to be 25.

"After they kill them, (they) take the gall bladder itself for traditional Chinese medicine and then they take the paws for soup. They believe that if you drink that you become as strong as the bear," says Ng.

According to a report issued Wednesday by TRAFFIC, the wildlife trade monitoring network, at least 12,000 bears were living under such conditions in Asia, at places which are "farms" only in name because most do not actually breed the animals.

The majority are Asiatic black bears, also commonly known as moon bears, whose global population is estimated at between 25,000 and 100,000. They are classed as a "vulnerable species" by the International Union for Conservation of Nature (IUCN).

Trade in the bears is banned by CITES, the Convention on International Trade in Endangered Species of Wild Flora and Fauna.

China "appeared to be the largest producer" of bile with an estimated production of between six and 30 tonnes annually, TRAFFIC said, adding that the country exports a lot of bear products -- which are legal in its territory.

The organisation, based in the United Kingdom, found Chinese-made bile in a number of traditional medicine shops throughout Asia. In various forms including liquid, powder and pills, bile is used to treat all sorts of ailments from sore throats to epilepsy and sprains.

But bear farming has perpetuated demand, and surplus bile is now found even in toothpaste, candy and shampoo, said Kaitlyn Foley, of TRAFFIC.

According to animal welfare groups Laos has 100 to 200 bears, putting it far behind China, Vietnam and South Korea.

Activists however say communist Laos could become a more popular destination for "breeders" under increasing pressure in certain countries.

"A lot of Vietnamese farmers are moving to Laos to start their farm there, because the Vietnamese government is clamping down on them," says Ng, of ACRES.

Foley said one of TRAFFIC's concerns is that "with increasing pressure to close down farms in China and Vietnam, there could be a burgeoning market in Laos and Myanmar, just because the restrictions are less".

In Laos, the breeding is mainly run by either Vietnamese or Chinese, says Osborne, of the bear refuge.

"We need to be vigilant towards any attempts to illegally establish farms within Laos. We are working closely with the authorities here to try to ensure that this situation does not occur."

At the airport in the Laotian capital, Vientiane, a large billboard shows pictures of bears and cautions that illegal wildlife trafficking is punishable by the law.

But demand is strong.

In Boten, Se's shop is well established. "I bought some bile for my cousin who has a bad knee," says one customer who leaves with a tiny vial that he bought for $4.

For those looking for something more, Se also offers bear teeth, elephant skin and serpent wine. All displayed among sex toys and pornographic DVDs.

The key to delaying ageing in humans is held in marine animals that reproduce asexually by cloning, scientists at the University of Gothenburg believe.
Advertisement
<< Libyan Children of the Revolution Busy in Work of a Differe...
Gay Ministers to be Allowed by US Presbyterian Church >>