Bariatric Surgery May Cause Bone Loss In Young People 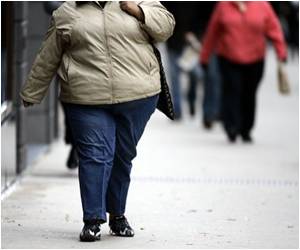 Bariatric surgery is considered to be the most effective treatment worldwide to combat obesity. An increasing numbers of obese people, including teenagers, are opting for it as it significantly curtails the amount of food a person can eat.

Unfortunately, some types of bariatric surgery may also cause bone loss, a cause for concern, particularly when carried out on young people who have not yet reached their peak bone mass, say endocrinologists from Sydney's Garvan Institute of Medical Research, who have just published a review of current literature in the journal Obesity Reviews, now online.

Authors, Dr Malgorzata Brzozowska and Associate Professor Jackie Center, say that skeletal examination and treatment should be considered part of patient care, before and after procedures.


In the United States, 'Roux-en-Y' gastric bypass surgery, one of the most invasive of the procedures, is the most common. Much of the stomach is removed and part of the small bowel bypassed. Less radical is the 'gastric sleeve', which involves removing a large part of the stomach leaving a narrowed smaller stomach, restricting food intake and at the same time speeding the passage of food to the gut. The least invasive, and only reversible measure, is the 'gastric band', which is an inflatable ring placed between the oesophagus and stomach, making it possible to eat only small amounts of food slowly.

A 3D-Slide animation explaining the laparoscopic procedure called gastric band or lap band surgery for obesity.
Advertisement
"Even though we don't yet understand all the mechanisms, we can see that the more radical the procedure, the greater the bone loss long-term," said Dr Brzozowska, who undertook the review as part of her PhD.

Dr Brzozowska is the first person to do a widespread analysis of current research into the complex interrelationships between fat, bone and nutritional restriction.

"In many situations significant weight loss is associated with bone loss, with or without surgery. The more invasive types of surgery appear to heighten bone turnover and the associated bone loss. This is thought to be caused not only by rapid weight loss and absorption of fewer vital nutrients like vitamin D and calcium, but possibly also by changes in hormones released by fat and the gut, and their impact on the central nervous system," she said.

In particular, the review points out, we should be aware of surgery-induced changes in hormones that can affect the central regulation of appetite and bone strength. These include the fat-derived hormones leptin and adiponectin; gut-derived hormones such as peptide YY (PYY), glucagon-like peptide 1 (GLP-1) and ghrelin; and the hypothalamic regulator of energy balance, neuropeptide Y (NPY). However, although there is quite a lot of animal data concerning these hormones and their effects, human data are scanty.

Associate Professor Jackie Center believes that the findings are very important despite the widely held assumption that obese people are protected against bone fragility and fracture.

"It has always been assumed that the heavier someone is, the denser their bones will be, because bones become strong when they carry a load. While that is true up to a certain point, the bones may not continue to become stronger in the very obese, who can also have low bone density and fracture.

"Increasing evidence suggests that in very obese people, the relationship between bone density and weight fails and that the excess fat is detrimental to bone.

"While there are many studies looking at weight loss and improvement in insulin sensitivity after bariatric surgery, very few look at what happens in bone.

"We are certainly not arguing against bariatric surgery. There is no doubt that it is an effective weapon against obesity and obesity-related diabetes. We just ask that doctors and patients take bone health into account.

"Bone mineral densitometry scans can be done and adequate calcium and vitamin D intake advised. For those patients at particular risk, additional monitoring may be advised and protective drugs considered."

Slide animation to explain the laparoscopic procedure called 'sleeve gastrectomy', where around 80% of the stomach is removed as a part of weight-loss surgery.
Advertisement
<< Even People In Thirties Are Prone to Memory Loss
Research Sheds Light on How Silver Turns People Blue >>

Hearing Loss Calculator Nutam (400mg) (Piracetam) Iron Intake Calculator Drug - Food Interactions Daily Calorie Requirements Calculate Ideal Weight for Infants Find a Hospital Find a Doctor Drug Side Effects Calculator Noscaphene (Noscapine)
This site uses cookies to deliver our services. By using our site, you acknowledge that you have read and understand our Cookie Policy, Privacy Policy, and our Terms of Use