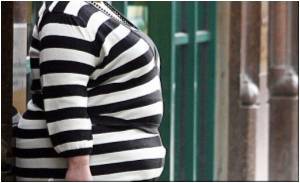 The study, published in the January 4 issue of the Journal of the American Medical Association, included about 4,000 patients in Sweden who were recruited between 1987 and 2001.

The surgery patients either had gastric bypass (13.2 percent), banding (18.7 percent), or vertical banded gastroplasty (68.1 percent), and all lost 16-23 percent of their body weight in subsequent years.


The control group did not have any type of surgery and showed a 0-1 percent weight loss at follow-up periods of two, 10, 15 and 20 years.

"Bariatric surgery was associated with reduced number of fatal heart attack deaths (22 in the surgery group vs. 37 in the control group)," said the study led by Lars Sjostrom of the University of Gothenburg, Sweden.

But when the researchers looked at weight change alone, they could find no significant relationship to cardiovascular events in either group, suggesting that the weight loss itself might not be the driver of fewer deaths.

"There are many benefits to bariatric surgery and that some of these benefits are independent of the degree of the surgically induced weight loss," said the study.

Other studies have shown that the benefits of gastric surgery for extremely obese people can include long-term changes of body weight, better quality of life, and fewer incidences of diabetes and cancer.

"The message is clear -- bariatric surgery saves lives," said Mitchell Roslin, chief of obesity surgery at Lenox Hill Hospital in New York, who was not involved in the study.

Roslin noted that the most common type of surgery in the study, vertical banded gastroplasty, has been replaced by newer methods that are even more effective, so the cardiovascular death risk is likely even lower today.

As many as 200,000 gastric bypass operations, in which the stomach is sectioned off so that the smaller amounts of food can fit inside, are done annually in the United States, where about a third of people are obese.

The risk factors that work behind the scene before a heart attack are familiar to many. But do you realize the extent to which your lifestyle choices are putting your life at risk? Can you identify a heart attack when it occurs? Take our quiz and find out.
Advertisement
<< Modern Brutalities Leave No Scars
Deprivation Of Nap Could Make Children Feel Insecure >>

Pregnancy Confirmation Calculator Find a Doctor Find a Hospital Post-Nasal Drip Drug - Food Interactions Calculate Ideal Weight for Infants Color Blindness Calculator Blood Donation - Recipients The Essence of Yoga Noscaphene (Noscapine)
This site uses cookies to deliver our services. By using our site, you acknowledge that you have read and understand our Cookie Policy, Privacy Policy, and our Terms of Use