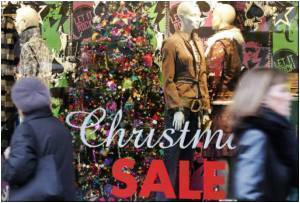 Here's why retail therapy - or bargain shopping rather - can successfully replace your poor love life.

The research has shown that shoppers get the same level of emotional excitement when they spot a bargain deal as they do from sexual arousal.


Researchers at the University of Westminster have found that special offers make us so deliriously happy that the brain is turned on to the same level excitement that it gets from sex.


And that is why they are such a successful way of selling items from the shelves, reports the Telegraph.

They found a coupon or free gift with a jar of Marmite or a loaf of Kingsmill bread gave them just as much excitement as the pornography.

The researchers used specialist equipment to monitored eye movements and emotional responses in the body to a series of everyday consumer products in 50 volunteers.

Some featured special promotions like a discount coupon scheme or a free gift offer or an association with a favourite character like a Wallace and Gromit campaign.

Other everyday groceries in the test featured no special offers and were the normal versions of well-known brands.

The research was revealed in trade journal The Grocer.

'Break' Away From Your Frustration: That's What a Chinese Shopping Mall is Offering
Breaking things out of frustration is something we all want to do without feeling guilty, and ......

Shopping Could Help You Lose Weight!
Want to shed those extra pounds? Well, then forget gym and go shopping, suggests a new research....

Science Explains the Mystery Link Behind Women and Shopping
Ever wondered why women spend so much time in shopping, while men just get in and quickly get out .....

Asking For Help When Shopping Not in the Male Psyche
Just as with driving, men are more reluctant to ask for help in the retail store as compared .....