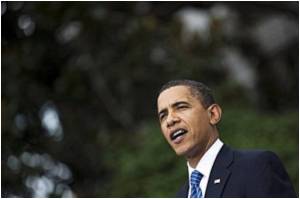 In the list of the 50 most powerful people in sports, US President Barack Obama has been placed at 44th position. This is put together by Sports Illustrated magazine.

The magazine said that the 51-year-old politician might be the ultimate global power player, but he also wields significant influence in the Republic of Sports, Politico reported.

"One relevant riff-on his NCAA tourney picks, on his desire for a college football playoff, on his concern over permitting the sons that he doesn't have to play football-and the sports world takes notice. Plus, the 51-year-old can shoot the J," the publication added.


According to the Blaze, Obama beat Dallas Mavericks owner Mark Cuban, placed at 48 and Michael Jordan, who came in at 50. NFL commissioner Roger Goodell came in at No. 1.