Ban on SIM Cards for Bangladeshis Under-18: Home Minister 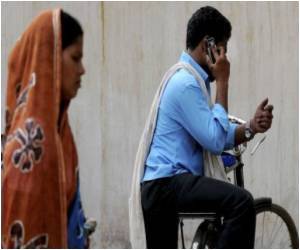 Those under 18 years. Bangladesh Home Minister Sahara Khatun recently announced, will not be allowed to use or have access to Removable User Identity Module (SIMs).

The announcement was made after a meeting of ministers.

Khatun said it has been decided to maintain a strict vigilance on SIM distributors and the retailers. She said that cell-phone companies have been asked to submit the list of dealers and retailers to Bangladesh Telecommunications Regulatory Commission (BTRC) by September 30.

"The steps were intended to curb the crimes as criminals have been committing crimes across the country by using cellular phones extortions and intimidations of people using cell phones rose alarmingly," Khatun said.
Advertisement
Four months ago, the BRTA had suggested enactment of a tough law prescribing five years of imprisonment and penalties for crimes using mobile phones to intensify a government campaign against cell phone crimes.

It has also been decided that each subscriber would now need a national identity card and an introducer for buying a SIM card from any mobile phone operator.

Cell Phone Behind the Wheel: It Harms Your Close Relationships
Here's one more reason not to use phone while driving: Cell phone use behind the wheel can put ......

Use Your Cell Phone to Predict Allergy Risk from Food
Consumers who suffer from serious food allergies may depend on their cell phones to predict if ......