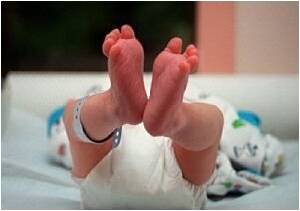 A number of leading pediatricians in Australia have called on the government to ban mothballs after a chemical in it was found to be the cause of a death of an infant while two others are suffering from catastrophic brain injuries.

The chemical, naphthalene, has been already banned in the European Union two years ago and while the mothballs are sold with warnings that clothes which have been stored with the mothballs are harmful to children, the pediatricians said that they were ineffective in preventing serious health problems to the babies.

Four clinical directors of neonatal units in Australia and New Zealand wrote a letter, published in the Medical Journal of Australia, urging the government to follow EU and ban the chemical.


They also sent in a report to Australian Pesticides and Veterinary Medicines Authority in which they said that more than 100 infants are treated annually to overcome the adverse effects of the mothballs.

Noscaphene (Noscapine) Hearing Loss Calculator Iron Intake Calculator Find a Hospital Indian Medical Journals The Essence of Yoga Sanatogen Nutam (400mg) (Piracetam) Blood Pressure Calculator Pregnancy Confirmation Calculator
This site uses cookies to deliver our services.By using our site, you acknowledge that you have read and understand our Cookie Policy, Privacy Policy, and our Terms of Use  Ok, Got it. Close
×