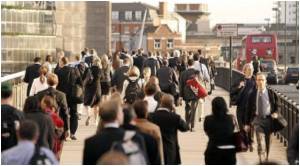 Research which analyzed the data of more than 7000 people in Australia has shown the negative effects of working in a temporary or unfulfilling job.

It can have the same effect as being unemployed. The research also showed that the unemployed felt much better than those who are in less paid jobs with low "psychosocial quality".

Men and women who are unemployed suffer from physical and emotional complaints when compared to employed people, says a study.
Advertisement

A shocking 40 percent of under 25-year-olds in Spain are unemployed, with no success in their hunt for a job.
Advertisement
Advertisement

Flowers can be used as infusion for treating digestive disorders or they can be used as poultice for skin ...
This site uses cookies to deliver our services.By using our site, you acknowledge that you have read and understand our Cookie Policy, Privacy Policy, and our Terms of Use  Ok, Got it. Close
×