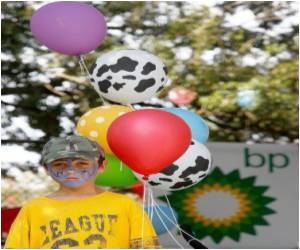 Biofilms, a type of bacterial growth, could be used to detoxify waters in processing oil sands, it has been found. The discovery could be a major breakthrough for a sector dogged by environmental controversies.

Bituminous sands, colloquially known as oil sands or tar sands, are a type of unconventional petroleum deposit. The sands contain naturally occurring mixtures of sand, clay, water, and a dense and extremely viscous form of petroleum technically referred to as bitumen (or colloquially tar due to its similar appearance, odour, and colour). Oil sands are found in large amounts in many countries throughout the world, but are found in extremely large quantities in Canada and Venezuela.

Oil sands reserves have only recently been considered to be part of the world's oil reserves, as higher oil prices and new technology enable them to be profitably extracted and upgraded to usable products.


But oil sands development uses a vast amount of water, and even though it's recycled multiple times, the recycling concentrates the toxins and metals leftover from extracting and upgrading the bitumen, resulting in tailings ponds that are a significant risk to the environment.
Advertisement
A research project underway between biologists at the University of Calgary and engineers at the University of Alberta is zeroing in on biofilms as a way out of the water contamination problem.

Biofilms are everywhere in our environment, including in the plaque on our teeth and they can be very resilient, says Dr. Raymond Turner, a professor in the Department of Biological Sciences at the University of Calgary.

"We've isolated biofilms that are indigenous to the oil sands environment and are highly tolerant to the stress associated with toxins and metals found in tailings water. Those consortia of biofilms are able to, slowly, detoxify the water," says Turner, who co-leads the project with Dr. Howard Ceri, biological sciences professor at the University of Calgary.

A sample of sediment, or sludge, was taken from a tailings pond in the summer of 2009. MSc candidate and paper co-author Susanne Golby was able to successfully cultivate biofilms from the sample under a variety of different conditions.

"It was really exciting when we found that multiple different species could be recovered within one biofilm. By altering the growth conditions, and exposing the biofilms to different stressors, we could select for or against certain species and we began to learn how we could manipulate the biofilms to get the metabolic activities and characteristics we were looking for."

With the proof of principle in place, Turner and his team is now actively growing biofilms on the support material to test in bioreactors, which are being developed by professors and their graduate students in the Department of Civil and Environmental Engineering at University of Alberta.

The ultimate goal, says Turner, is to develop tailings water treatment plants for all the oilsands operations. "The plant would take all tailings water, completely clean it, and return it to the river system. Just like wastewater in Calgary is cleaned and returned to the Bow River."

A paper into the first round of research will be published in the January edition of FEMS Microbial Ecology.

Egg oil or egg yolk oil is extracted from the yolk of chicken eggs. Find out how egg oil can be used in your ...