Bacteria in Urine Could Contribute to Overactive Bladder in Some Women 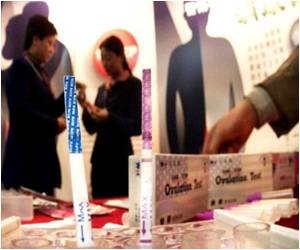 Research presented at the annual meeting of the American Society for Microbiology suggests that contrary to popular belief, urine is not sterile and the bacteria in it may be associated with overactive bladder (OAB) in some women.

For years doctors have been trained to believe that urine is germ-free. In 2012, Hilt's coauthors used modern, DNA-based detection methods to detect in urine bacteria that could not be detected by standard culture techniques.


The current study evaluated urine specimens of 90 women with and without OAB using a new technique known as expanded quantitative urine culture (EQUC). EQUC was able to find bacteria that were not identified by the standard urine culture techniques typically used to diagnose urinary tract syndromes.
Advertisement
Using EQUC, Hilt and her colleagues discovered that the bladder bacteria in healthy women differ significantly from those in women affected by OAB, suggesting that certain bladder bacteria may play a role in OAB.

Approximately 15 percent of women suffer from OAB and an estimated 40 - 50 percent of affected women do not respond to conventional treatments. One possible explanation for the lack of treatment response may be the bacteria present in these women.

"If we determine that certain bacteria cause OAB symptoms, we may be able to better identify those at risk for this condition and prevent or more effectively treat affected patients," says Hilt. "Further research is needed to determine if these bacterial differences are clinically relevant for the millions of women with OAB and the doctors who treat them. "

The next step is to determine which bladder bacteria are helpful and which are harmful and how the bacteria interact with each other and their host with an eye towards using this information to help patients.

Urine Being Sterile is Just a Myth: Study
Researchers at Loyola University Chicago say that the common belief that normal urine is sterile is ...

Now, Simple Urine Test Will Detect Cancer
An Indian-American scientist has come up with an affordable technology that can detect cancer ......