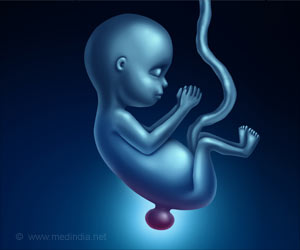 The findings are from a study funded by the Eunice Kennedy Shriver National Institute of Child Health and Human Development (NICHD), part of the National Institutes of Health, and were presented at the 10th International AIDS Society Conference in Mexico City by Rebecca Zash, M.D., of Beth Israel Deaconess Medical Center in Boston. The study also appears online in the New England Journal of Medicine.

A structural birth defect means that a specific body part is missing or mal-formed during the embryonic development.
Advertisement
‘Infants whose mothers started taking dolutegravir from around the time of conception have a potential risk of developing neural tube defects. Identifying alternative, equally effective, safer regimens is the need of the hour.’
Read More..
Tweet it Now


Neural tube defects are abnormalities affecting the brain and spinal column. The NICHD-funded study began in 2014 to track birth outcomes, including neural tube defects, among children born to women on antiretroviral therapy for HIV infection in eight hospitals in Botswana.

Overall, the researchers found a .2% difference in risk for children born to women on dolutegravir since conception, which they described as small, but significant.

Low folate levels during pregnancy increase risk of the condition. It is a birth disorder and a severe form ...

Neural tube defects are abnormalities that affect the brain, spine and spinal column of the developing embryo ...