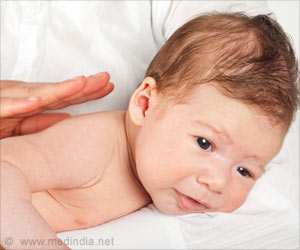 The Spanish Agency of Medicines and Medical Devices confirmed the outbreak of hypertrichosis commonly known as "werewolf syndrome," to El Pais newspaper on Wednesday after 17 cases were reported by parents in three regions in Spain.

Advertisement
‘Over a dozen babies in Spain developed 'Werewolf Syndrome' after a drug mix-up. ’

The disease causes excessive hair growth, which some say can make those affected appear like a werewolf.


The babies began growing hair all over their body after being given what was thought to be omeprazole -- a drug that helps with gastric reflux. But later it was discovered that the treatment actually contained minoxidil -- a medication used for the treatment of hair loss, reports say.
Advertisement
An investigation by the agency found that one manufacturer in Spain, Farma-Química Sur, was to blame for a labeling mix up that resulted in children accidentally ingesting minoxidil, according to reports from El Pais and Granada Hoy.

Babies who were repeatedly given the incorrectly-labeled omeprazole developed hypertrichosis, causing hair to grow rapidly on their forehead, cheeks, arms, and legs, according to one mother's account to El Pais.

Laser Treatment Brings Relief to Family Suffering from Rare werewolf Syndrome
A Nepali woman and her three children from the village of Kharay in the Dolkha District are victims ...

MRI Screening May Help Identify Spinal Infections From Contaminated Drug Injections: Study
MRI at the site of injection of a contaminated lot of a steroid drug to treat symptoms such as back ...