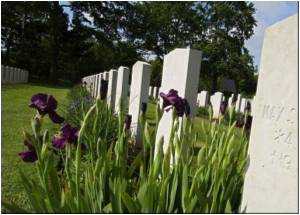 When Arzu Gahramanov's father-in-law died, his family not only ended up in grieving over a lost one but also ended up in debt over the lavish expenses of the mourning ceremony.

Mourning ceremonies have become increasingly extravagant in mainly Muslim Azerbaijan in recent years. Meals are often laid on for hundreds of friends, relatives and neighbours, served by waiters in large tents which are set up by the roadside for several days.

Bodies Stack Up in LA as Families Counts Cost of Funerals

Bodies left unclaimed, cadavers stacked high in morgues and burial rates tumbling as loved ones cut funeral costs: the crippling recession is even haunting the dead across the United States.
Advertisement

Specialist companies now offer to provide tents, waiters and cooks -- an indication that the mourning process has also become a lucrative business opportunity.


Gahramanov, a butcher in the capital Baku, said that he spent around 3,500 Azerbaijani manats (4,300 dollars/3,300 euros) on the ceremony and the funeral itself.

A German businessman plans to launch the country's first television channel dedicated to funerals and mourning, complete with death announcements and documentaries about cemeteries.
Advertisement
"Of course the funeral arrangements cost a lot. But there is no other way out," he explained.

"If your loved one dies -- and of course this is an unexpected moment -- you will not bargain over prices and you will just pay what is requested. If there isn't enough money, you are forced to borrow."

The economy in ex-Soviet Azerbaijan has been growing rapidly over the past decade due to the country's huge oil and gas revenues, and conspicuous displays of wealth are not unusual in prosperous Baku.

But rural areas are much poorer; the average annual income per capita nationwide is just over 2,500 manats (3,100 dollars/2,370 euros), and lawmakers have become increasingly concerned about the number of people running up large debts to pay for funerals.

"Mourning ceremonies are often held with excessive wastefulness, and it's difficult sometimes to distinguish a funeral from a wedding party," said the chairman of the parliamentary committee for social policy, Hadi Recebli.

"The only difference is that alcoholic beverages are not served at funerals."

There were serious discussions among lawmakers in recent months about introducing new legislation to establish limits on funeral expenditures, Recebli said.

In Azerbaijan's remote Nakhchivan region, official rules dictate that no meals can be provided to guests, only tea and fruit, but enforcing similar restrictions across the entire country was judged to be impracticable.

"We can't force citizens to invite a limited number of guests. We can't specify what kind of food must be offered to mourners," Recebli said.

Religious leaders are also worried about the impact of the cost of lavish mourning ceremonies on poorer Azerbaijanis.

"Guests supposedly come to a mourning ceremony to help the deceased's relatives, but it turns out to be quite the opposite in practice," said Surhay Mamedzade, a junior cleric at the Juma mosque in Baku.

"Relatives face problems because of the numbers of guests. Sometimes people only manage to pay off debts a year after the funeral," he added.

Some people feel that they have to go into debt to show they can live up to the standards set by their neighbours or friends, believes sociologist Rufat Guliyev, the President of the Azerbaijani Sociological Association.

"Lavish funerals are not a sign of respect towards the deceased -- people actually just want to demonstrate to others that they have a certain status," Guliyev said.

"If someone whose relative has died puts five different dishes on the funeral meal table, his neighbour thinks he should put six dishes on the table."

Expensive mourning ceremonies are not examples of religious piety either, the sociologist argued.

"According to tradition, there should only be one mullah at a funeral. Now relatives invite two or three mullahs, and a serious occasion is turned into a show," he said.

Appealing for a return to more traditional values, the cleric quoted the Muslim holy book: "The Koran says: 'Eat, drink, but do not do it wastefully.'"

Music is the soul of life even in remote places that are often difficult to reach.
Advertisement
<< Osteoporosis Drug Associated With Jaw Disease
Obesity Can Lead to Permanent Knee Damage >>