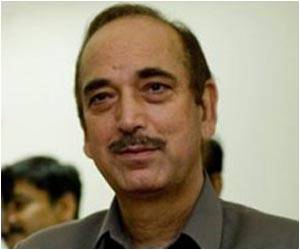 Health Minister Ghulam Nabi Azad has urged the local bodies to take more steps to prevent the spread of dengue in southern states.

Reviewing the dengue situation in the region, Azad said that municipal corporations, local bodies and panchayats should take measures to prevent mosquito breeding in their respective jurisdictions.

He asked authorities to launch sanitation and cleanliness campaigns by involving people and to carry out fogging and spraying in identified areas.


The minister also insisted on equipping government and private hospitals and training doctors and nurses to reduce fatalities.

According to the health ministry, a total of 12,500 dengue cases were reported from Kerala, Tamil Nadu, Karnataka, Andra Pradesh and Puducherry this year - over four-fold increase from the 2,859 cases reported in the corresponding period last year.

Similarly, 33 deaths due to dengue were reported in the region from January-September last year as against 77 deaths during the corresponding period this year.

Dengue and Chikungunya: The Dirge of a Nation