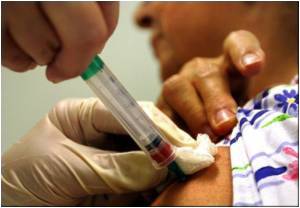 Union health minister Ghulam Nabi Azad has said that doctors simply cannot order expensive lab tests and will have to give out the reason for the same.

Speaking to DNA, Mr Azad said that doctors will need to explain why they ordered specific tests or asked for a patient to be admitted to the hospital if the said patient's condition was not serious. "Doctors cannot prescribe tests without giving reason. No information should be hidden; everything has to be put on record," he added.

He also said that the Right to Information Act will be made use of for finding the reason for lab tests and hospital admissions. "Doctors and clinical establishments cannot charge arbitrarily from patients; there has to be some reasoning behind the charges. For instance, for ultrasound or MRI, different clinics charge different rates within the same locality," he pointed out.


Mr Azad said that the health ministry is currently drawing up rules to increase accountability of doctors.

Genetic testing helps to confirm a genetic condition in an individual and involves q complex laboratory techniques
Advertisement
Advertisement
This site uses cookies to deliver our services.By using our site, you acknowledge that you have read and understand our Cookie Policy, Privacy Policy, and our Terms of Use  Ok, Got it. Close
×