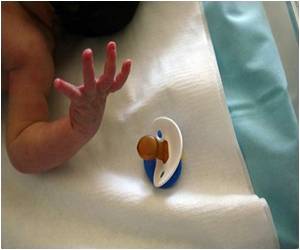 Acknowledging the high infant mortality was an immense health concern for the nation, Health Minister Ghulam Nabi Azad informed the parliament on Tuesday that Indian scenario is worse than most of its neighbours.

Comparing India with its neighbours, the health minister said only Pakistan was comparable to India.

"In India, the infant mortality rate (IMR) is 47 per thousand live births which translates into 12.5 lakh infant deaths per year," Azad said while replying to supplementaries in Rajya Sabha.


"Unfortunately, IMR and Maternal Mortality Rate (MMR) in India is very bad. As bad that it cannot be compared with our neighbouring countries of Nepal, Sri Lanka and Bangladesh. Pakistan is the only country India can be compared with," he said, replying to a question on recent infant deaths in state-run Behrampore Sadar Hospital in West Bengal's Murshidabad.

Nearly five million children under the age of five die each year in sub-Saharan Africa, with 25 percent of them losing lives at birth.
Advertisement
Azad also said that the deaths in the hospital were mostly because the infants were already in a critical condition when they were brought to the hospital.

"It is a referral hospital and the infants that are referred are already in critical condition... 70 percent of the mortality is because it is very difficult to save infants with so many problems," he said.

The IMR in West Bengal is 32 per thousand live births which translates into 47,000 infant deaths per year.